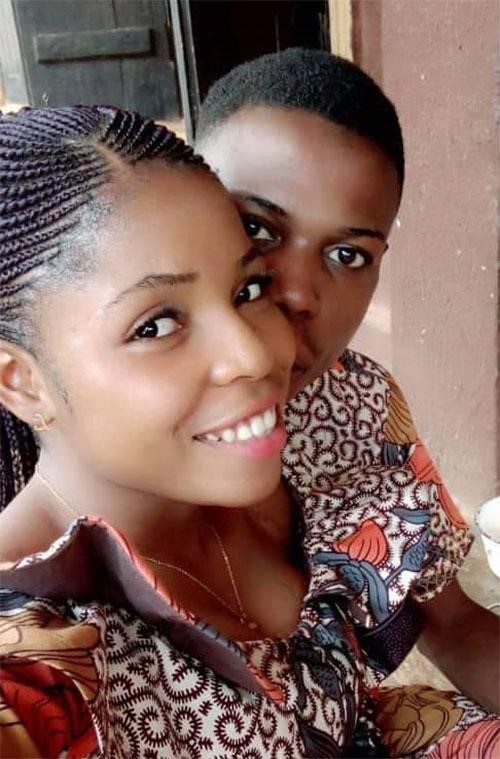 Breaking: Yahoo boys murdered Ondo couple, friend and dumped in a toilet, as Police assures of getting killers

by afrikanwatchngr@gmail.com
Two lovers and their friend have been murdered in their house located at Aralusi quarters in Akure, the Ondo state capital, by suspected Yahoo Yahoo boys (internet fraudsters) -November 27, 2022, News/Comments The lovers, Ojo Akinro, Mary Igwe and their friend, Lamidi Sheriff, were allegedly murdered and their bodies locked up in the toilet to decompose.  It... Read More

Two lovers and their friend have been murdered in their house located at Aralusi quarters in Akure, the Ondo state capital, by suspected Yahoo Yahoo boys (internet fraudsters)

The lovers, Ojo Akinro, Mary Igwe and their friend, Lamidi Sheriff, were allegedly murdered and their bodies locked up in the toilet to decompose.  It was learned that the girlfriend, Mary, said to be a nurse, was pregnant before her coldblooded murder. Reports had it that the victims may have drew the ire of their killers, following irreconcilable differences. Vanguard learned that their friends became apprehensive when all the telephone calls put across to them rang out without a response. They, according to sources, decided to visit their residence where they met the front door locked and had to break it down to access the flat. After searching all the rooms, they later discovered their dead bodies inside the toilet where they were dumped by the killers. They reportedly raised the alarm, which attracted their flat mates and other neighbours.

‘They must have swindled their Yahoo friends’

One of their neighbours told Vanguard that “this is a case of murder.

“The victims must have been silenced over a failed deal. You know all these young boys and girls are into so many shady deals Only God knows what went wrong between them that they just decided to kill the three of them just like that. It was unbelievable when their corpses were brought out by the Police and taken to the mortuary”

“The lovers live together; many people even believed they are young couple. Their killers came through the back door, murdered them and decided to lock up their bodies inside the toilet to decompose. The back door was met opened. Their laptops, telephones and other gadgets were still intact inside their flat when some of their friends broke down the front door.

“We suspect that they were killed by Yahoo boys and that means they must have swindled them. However, another source hinted that the killers came through the back door then escaped through the front door and took away the key.

The source noted that if not for their friends that were worried about their whereabouts and came looking for them, their corpses would have decomposed inside the toilet. Their neighbours appealed to the security operatives to unravel those behind the dastardly act and bring them to book. They described their murder as sad and  unfortunate. Contacted, the state police command spokesperson, Funmi Odunlami confirmed the death of the three persons including the two lovers. Odunlami said that their bodies were dumped in the toilet by their killers.

According to her, “This is a case of murder and police detectives have commenced investigation.” She added that the killers would soon be smoked out of their hiding and made to face the full wrath of the law. Meanwhile, their corpses have been deposited at morgue of the state hospital in Akure, the state capital.