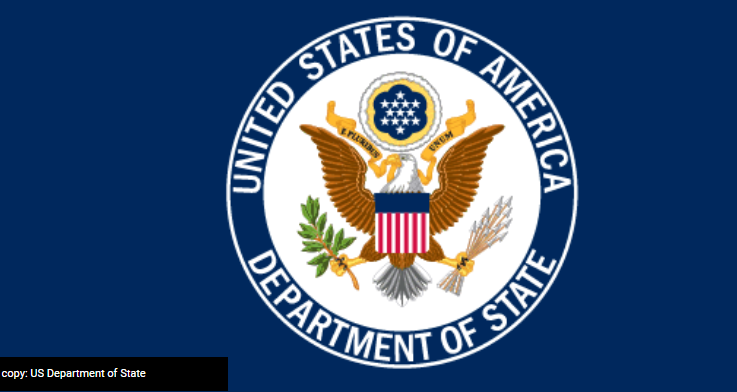 by afrikanwatchngr@gmail.com
-News/Comments, October 26, 2022 The United States government has authorised the evacuation of its government employees and their families from Nigeria over potential terrorist attacks. The US State Department announced the approval of the evacuation in its updated Nigeria travel advisory on Tuesday evening. The United States and United Kingdom had on Sunday warned of... Read More

North-East Governors meet, raises alarm on drug and narcotic substances in the region

The United States government has authorised the evacuation of its government employees and their families from Nigeria over potential terrorist attacks. The US State Department announced the approval of the evacuation in its updated Nigeria travel advisory on Tuesday evening. The United States and United Kingdom had on Sunday warned of a possible terrorist attack in the capital Abuja, especially aimed at government buildings, places of worship and schools, among other targets.

“On October 25, 2022, the Department authorized the departure of non-emergency U.S. government employees and family members due to the heightened risk of terrorist attacks,” the advisory read.

However, Punch Newspaper  was quoted as reporting that the Federal Government reacted through the Honourable Minister of Information, Alhaji Lai Mohammed, dismissing  such  security alert, saying  that Nigerians are safer now, while rechoeing  that the Nigerian Armed Forces are on top of security challenges in the country.

“Our country is safer today than at any time in recent times, thanks to the sacrifice of our men and women in uniform. We do not discountenance the fact that terrorists, bandits and their kind would always want to do whatever it takes to disrupt our nation’s peace, security and stability. But our security forces have been proactive.”

Meanwhile, Afrikanwatch Network gathered from undisclosed source that the country’s Department of State Services had said, no cause for alert as US previously issued similar warnings but advised Nigerians to remain security conscious and alert.

The nation’s capital city came under heavy attack months ago following the Boko Haram raid on Kuje Prison and an attack on the Presidential Guards Brigade at Bwari in which three elite officers were killed.

Schools in Abuja were also shutdown over security concerns during the period.The Nigeria Police Force was yet to react to the report of the authorisation of the exodus of US government workers and citizens from the country. Calls by our correspondent to the force spokesperson, Olumuyiwa Adejobi, on Wednesday were unanswered and WhatsApp and text messages were yet to be returned.

However, in a statement on Monday, Adejobi disclosed that the Force would review the US and UK security advisories while strengthening security structures across the country for proactiveness. He also noted that a review of the advisory was necessary, adding that the police, as the lead agency in internal security, would not take any threat intelligence, either actionable or not, for granted.

In a statement, he said, “The Nigeria Police Force hereby reassures Nigerians and all other residents and visitors in the country that it will effectively review the United States of America Embassy in Abuja’s security advisory which was issued, widely circulated, and published by the media on October 23, 2022, indicating an elevated risk of terror attacks in the country, particularly in the capital city of Abuja.”

Assuring the nation of the police plan to secure the nation, the Force Headquarters said more deployments will be made to enhance national security. As part of its security strategy, the Inspector-General of Police, Usman Baba, has ordered all 36 states Commissioners of Police, including that of the FCT, and the head of police tactical squads, to re-strategise the security management within their jurisdictions.  He also has announced a counter-terrorism incident simulation exercise which will take place in the nation’s capital, tagged, “Operation Darkin Gaggawa.”

The original headline was redited by our Editorial