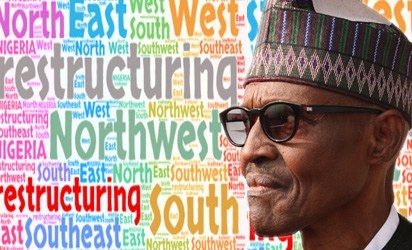 by afrikanwatchngr@gmail.com
-July 11, 2019, news/comments A former Governor of Ogun State, Aremo Olusegun Osoba has finally set the ball rolling on what on the true position of June 12, in fact, he went further to talk on the claim that late Moshood Abiola supported some members of SDP, which he belonged to as governor then in... Read More

50 Tips and Insights About Productivity, Happiness, and Life

Just-in:20,000 men die of prostate cancer every year in Nigeria-Commentary

A former Governor of Ogun State, Aremo Olusegun Osoba has finally set the ball rolling on what on the true position of June 12, in fact, he went further to talk on the claim that late Moshood Abiola supported some members of SDP, which he belonged to as governor then in 1993, to join late Abacha’s military government, explaining that Abiola endorsed the participation of June 12 activists who later joined the military administration of Sani Abacha. His words: “There has been a lot of blackmail and denigration of people. For example, people like Jakande, Onagoruwa, late Alex Ibru, they said that they went and collaborated with Abacha, which is not true. “Solomon Lar, Abububakar Rimi and all others were all in a meeting in MKO Bashorun Abiola’s house on a Sunday after Abacha seized power on November 17, 1993 and kicked us out. “The following Sunday, we met in Bashorun MKO Abiola’s house and we debated with chieftains of SDP and we that produced him as president and made June 12 possible and there we agreed that those that may be invited to come and serve the country, they should serve but remain loyal to the mandate and use their influence to perhaps persuade the military to return the mandate to Abiola. “So when people said that we didn’t know about those people…. Iyorchia Ayi, was one of them, he was former Senate President; I can call many of them who were at the meeting in which MKO Abiola presided. “So I have to clear this doubt that Abiola had knowledge and gave approval to serve in Abacha’s government.”

With laudable outcries across the six geo-political zone on why President Muhammadu Buhari should restructure the country and return it to true federalism is gradually gaining ground, as the governor of Kaduna, Mr. Nasir el-Rufai, presented the report of the committee to the president. It could be recalled that the Governor led other All Progressives Congress, APC, committee members for the presentation, which included a former Governor of Ogun State, Aremo Olusegun Osoba. The former governor who later spoke with State House correspondents after meeting behind closed doors with the President at the Presidential Villa, Abuja on Wednesday appealed to Nigerians, especially elder-statesmen and other activists who have been on the fore font for restructuring of the country, to exercise a little patient with President Buhari and the APC led government, stressing that, soon action would be taken to get the National Assembly start work on legalising the relevant aspects of the report.

He further hinted that part of his visit to the president was to present his book titled – “Battle lines: Adventures in Journalism and Politics” – to Buhari, who he claimed featured the president eminently. He also noted said that the ruling APC even had restructuring as devolution of powers from the Federal Government to States, enshrined in its manifesto.

His words: “I am part of the presidency because the President is our President. I can tell you, all this noise about Restructuring, we APC put devolution of power, true federalism in our manifesto and we have moved far from there to where a committee was set up, headed by the governor of Kaduna state, Nasir El-Rufai. “That committee has submitted its report, that report has been presented to us in the caucus and the President was there. The president endorsed the outcome. I want Nigerians to please, give us time. I hope and pray that at the right time, the government or the party would send that report to National Assembly for debate. “I will say with all authority that Restructuring lies with National Assembly. The President is not a military president; he cannot change anything by decree. Sovereignty in Nigeria now is vested in the National Assembly. “Those agitating for sovereign national conference must go through the National Assembly and unless the National Assembly surrenders part of its powers by an Act, there can never be sovereign national conference.

“We cannot move forward until we recognize the importance and the powers vested in the National Assembly. And for restructuring, let us go through the legal route.””