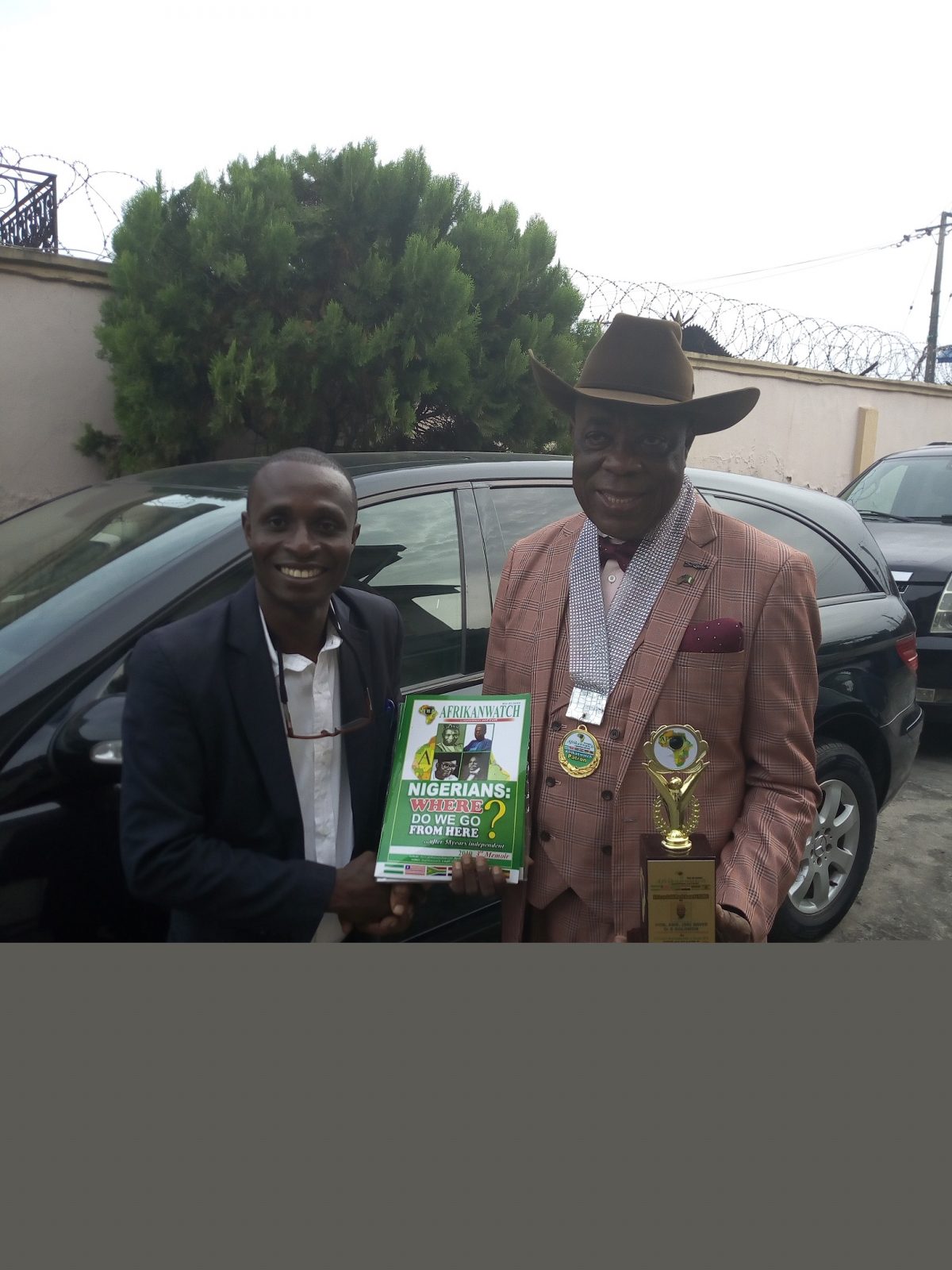 LAGOS-An Elder Statesman, Amb. Dr. David O.E Solomon has advised President Muhammadu Buhari, to shun sycophants dancing around him for selfish and political popularity, and bring back the lost glory of Nigeria. Ambassador Solomon who is the Director-General, National Democratic Liberational Task Force, a watchdog for true democracy spoke to a team of Afrikanwatch Media, led by its Editor-in-chief,Mark Columbus Orgu,  and noted that there is nothing to celebrate on Nigeria Nascent Democracy, because it has been caged and hijacked by cabals for selfish gain to the detriment of the suffering masses. His words” l am saying it Again and again that for a true democracy to be inherited, there must be a call for Sovereign National Conference, that will carry all ethnic and religious affiliations together, hence after that, we must have learned how to live as one.

The advocate of good governance, reiterated that President Buhari is not the hindrance to the country’s development, as he is making effort but some disgruntled elements will always want to discredit his personality.

Asked about his opinion on June 12, he stressed that he is not against it but noted that Nigeria is in a mess, and seems cursed for doom. “ June 12, is not the issue, the real issue is , are we practicing true democracy, what symptoms can we boldly say has made us better for the past 20years of democracy, is it when election matters remain in court till another election comes or when opposition is seen as an enemy, the truth is that our leaders lack political will and conscience”.

Continuing the Solomon hinted that Nigerians are not happy, so need not to blow the trumpet on democracy day celebration. “ How can we celebrate when many of our people are been driven out of their home by Boko Haram insurgency, many of them are in IDP camps, should they now rejoice , no, they would rather mourn.  Yes, Nigeria will celebrate true democracy when all the people living in IDP camps return to their home happily, when thousands of our youth are employed, when our people do not leave the country to other countries because of the failure of governance”

“ We do not need a prophet to tell us that the unity of Nigeria is been threatened, and l am afraid that our current situation should not lead us to a serious revolution. So, we need to rally round the government, put Heads together, ensure that the conference holds and with that, things will change for good. Amb. Solomon further call the government to restore the confidence of Nigerians by providing good leadership and secure life and property.

He also advised President Buhari to focus more on security, employment to youth, create enabling environment for businesses to strive, and give young people opportunity to develop their potentials while also rejecting those calling for the establishment of state police. “The Nigerian Police and the Army have done credibly well in the area of security, and need to be more equipped, and motivated” he added.

Meanwhile, Amb. Solomon was honoured with African Gold Merit Award and inducted into Afrikanwatch Memoir of Fame as life Patron by Afrikanwatch Media. Speaking on while he was honoured, Mark Columbus, said that Ambassador Solomon has been an advocate of good governance and promoter of young people’s dream. His words”His choice was based on his immense Contributions to nation building, youth empowerment and social development”