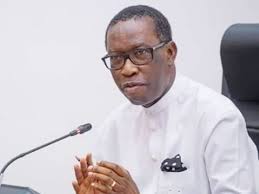 by afrikanwatchngr@gmail.com
By Daniel Njienue, April 8, 2020, news/comments ASABA-Speaking with Afrikanwatch Network on the outbreak of the deadly coronavirus in Delta State, is the Chief Press Secretary to the Governor,Mr. Olisa Ifeajika, who said  that the covid19 case has been confirmed by NCDC and Delta State government, that the person who has been tested positive for... Read More

Ibori £.4.2M Loot: The British and a few cannot colonize us the 2nd time, Deltans deserve the %100 stolen funds-Commentary

ASABA-Speaking with Afrikanwatch Network on the outbreak of the deadly coronavirus in Delta State, is the Chief Press Secretary to the Governor,Mr. Olisa Ifeajika, who said  that the covid19 case has been confirmed by NCDC and Delta State government, that the person who has been tested positive for virus should be in one of the isolation centers in the state. He added that the state government has over four major isolation centers in Delta State. Stressing further, of the patient where about-in one of the isolation centers closest to him, taking treatment.  He also debunked the news on Hon. Prince Oharisi, representing Ughelli North 11 of contracting coronavirus, saying that, it is not true”.

Meanwhile, one of the prominent serving commissioners in the state, who spoke on condition of anonymity  said that the news of  Hon Oharisi, is fake and should be discarded like park of cards.

“Somebody just woke up and said, somebody has coronavirus, stigmatizing it like that. I can tell you confidently that Hon. Eric Oharisi did not contract coronavirus as speculated. He didn’t fall sick, and nobody took his blood for anything.  That news came from the pit of hell

Continuing the commissioner noted further “Thank God that Hon. Oharisi has done a whatsapp video debunking such wicked news in the social media. However, It was only this morning we learnt that the person who tested positive to the coronavirus syndrome came from Lagos and he has been taken to Warri for isolation.

This was according to the commissioner of health in the state as of yesterday.  “We don’t know whether the person is a deltan or not.  Yes, there is an index case and the person is already under watch, and he is stable in good condition”. He continued “Who the person is, we don’t know, whether a big man, VIP or an average citizen. like I am now, with my status, I can travel to Lagos or Abuja, I can do this privately, not publicly, So, it is possible the person mighty have sneaked into the state illegally but the condition is under control” the commissioner submitted.

in the same light, the state Governor, His Excellency Ifeanyi Okowa confirmed the incident. He said;
“The person in question has been in Delta State for some weeks, he did not just come in from another state during the course of the lockdown. At the moment we are doing our tracking, we are getting more information from the index case. When we have more information we will be able to communicate to the state and the general public. But it is only the right of that person to be able to publicly tell us his health status. It is not for me to release the name. It is for me to pass the information that needed to be passed to Deltans but the person did not come from another state. He has been within the state in the last few weeks.”, the Governor noted.