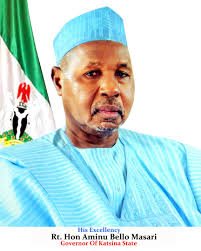 You only need Primary 6 certificate to be president-Keyamo, as PDP dares Buhari at the tribunal

KATSINA-Report reaching Afrikanwatch Network indicates, that Mallam Umaru Balli, leader of a Vigilante group in Maigora, Faskari local government of Katsina state was gunned down by suspected bandits on Sunday night, and kidnapped eight persons. According to Punch report, the kidnapping took place in Rimi village, Sabuwa Local Government Area of the state.

Afrikanwatch gathers that the late Balli had led his group for rescue mission but lost his life while trying to battle the bandits at night. Occupants of the area had disclosed that the vigilante group had engaged the brigands in a gun battle, which terminated the life  Mallam Balli, as they succeeded in taking eights persons away. Meanwhile, The Police Public Relations officer of Katsina State Command, SP Gambo Isah, cannot be reached as the time of filing this report. However, the state government is yet to react to the incident, as Balli was buried according to Muslim rites.