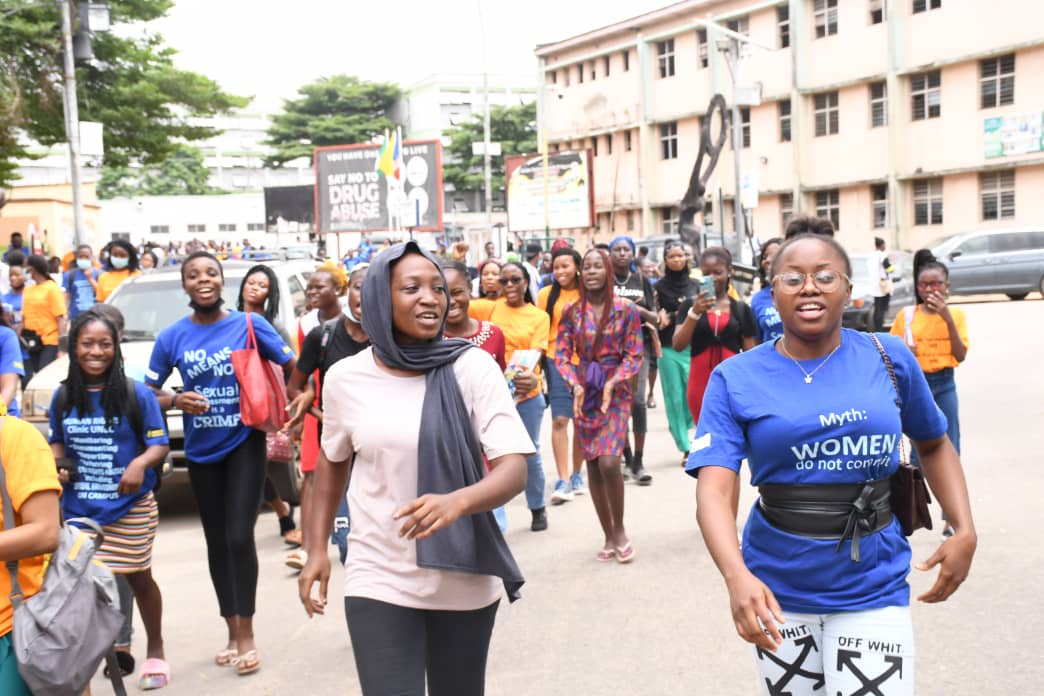 Amnesty Int’l partners Yabatech on Sexual Harassment and gender based violence, as the duo stage a walk

by afrikanwatchngr@gmail.com
“Students and youths should cultivate the courage and boldness of reporting cases of sexual harassment as that is the only way culprits can be appended-Dr. Ukabam” By Daniel Njienue, News/Comments, September 16, 2021. LAGOS-The Amnesty International has partner with Yaba College of Technology, Yaba, Lagos to stage a walk against   sexual harassment, gender based violence.... Read More

“Students and youths should cultivate the courage and boldness of reporting cases of sexual harassment as that is the only way culprits can be appended-Dr. Ukabam”

LAGOS-The Amnesty International has partner with Yaba College of Technology, Yaba, Lagos to stage a walk against   sexual harassment, gender based violence. The walk became necessary as sexual harassment (sex for grade) in the Nigerian Higher Institutions is becoming worrisome and alarming. It could be recall that last year, the Nigerian Senate passed a bill on sexual harassment in tertiary institutions after reading it for the third time. The bill titled: ‘A Bill for an Act to prevent, prohibit and redress Sexual Harassment of students in tertiary educational institutions and for matters concerned therewith, 2019’, was sponsored by the Deputy Senate President,. Ovie Omo-Agege, and 106 other senators.  According to report, the passage of the bill followed the consideration of the report of the Committee on Judiciary, Human Rights and Legal Matters The bill, with 25 clauses, seeks to promote and protect ethical standards in tertiary institutions. It also seeks to protect students against sexual harassment as well as prevent sexual harassment of students by educators in tertiary.

During the walk exercise, participants made up of staff of the College, Students, and officials of Amnesty International moved around the College premises sharing fliers to create awareness on the ills of Sexual Harassment and Sex–for–Grade. Meanwhile, the Deputy Rector (Academic), Dr. Titilayo Ukabam spoke on behalf of the Rector, Engr. Femi Omokungbe advised the students and youths not to shy away from speaking out when they are sexually harassed., stressing that students and youths should cultivate the courage and boldness of reporting cases of sexual harassment as that is the only way culprits can be appended. She advised that sexually harassed students should not wait until they graduate before speaking out. 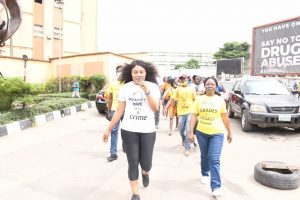 Dr. Ukabam noted that the College has Zero tolerance for sexual harassment and culprits when apprehended are sanctioned appropriately. She disclosed further that Yabatech last year launched a policy document on Sexual Harassment and Gender Based Violence. “This policy document which was funded by Ford Foundation has the impute of critical stake holders in the College “she added.

On her part, the representative of Amnesty International, Ms Marsha Nwanne said the whole essence of the walk is to create awareness and sensitize both staff and students on the ills of Sexual Harassment.”  Amnesty International deemed it fit to partner with College because of the great stride it has made in the fight and eradication of Sexual Harassment in the Institution and, this walk is to pass a strong message to culprits that Sexual Harassment and Sexual based violence is an aberration that will no longer be condoned in our schools vis-à-vis society”.