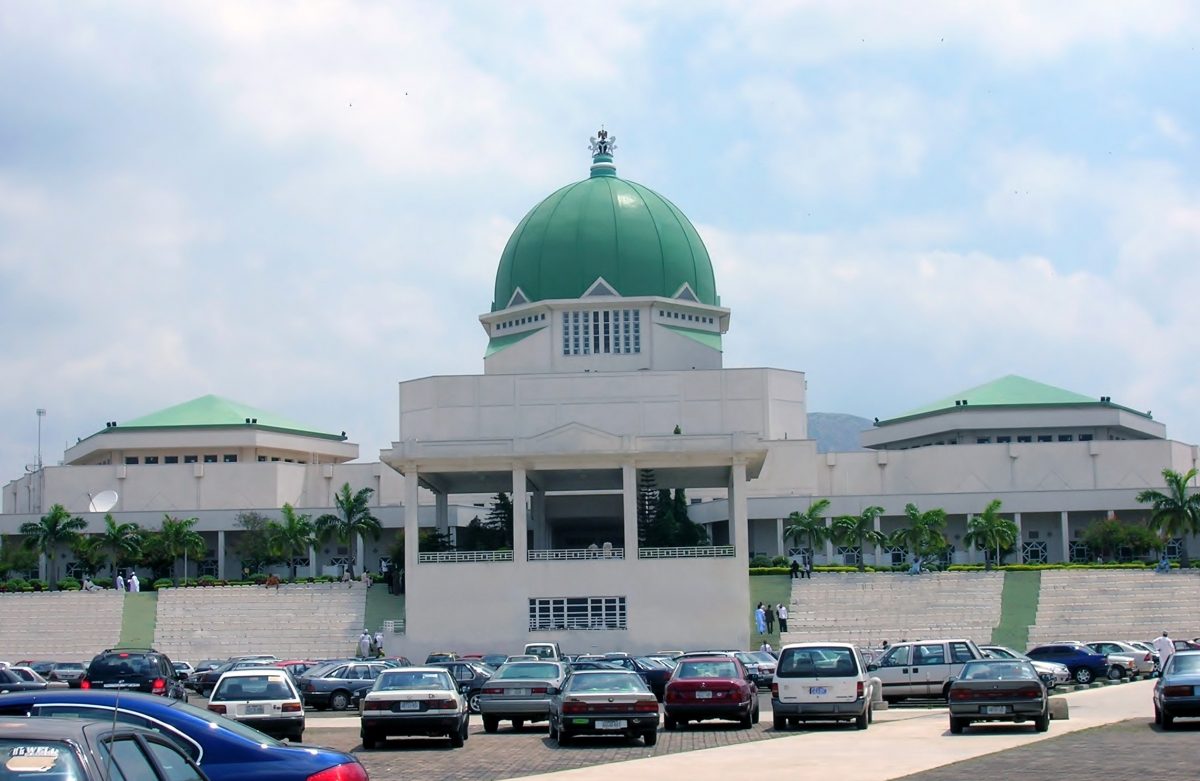 by afrikanwatchngr@gmail.com
By Mark C. Orgu, News/Comments, June 23, 2021 ABUJA-The Senate has protested a media report by Channels Television alleging that its leadership approved the sum of N37 billion naira for the renovation of the National Assembly. It could be recalled that the Media was agog after a heavy down pour a day ago in the... Read More
Editorial: Racism and Slavery: The 1995 Nigger Hunting license, issues and prospects

ABUJA-The Senate has protested a media report by Channels Television alleging that its leadership approved the sum of N37 billion naira for the renovation of the National Assembly. It could be recalled that the Media was agog after a heavy down pour a day ago in the Federal Capital Territory which brought about some part of the National Assemble leaking water through the roof, as cleaners struggled to fetch the water off the floor.

Meanwhile, the Deputy Whip, Senator Aliyu Sabi Abdullahi, who spoke on the issue, wonder why the press could circular false alarm of budgeting N37b for renovation. The Senator who relied on order 14 and 15 of the Senate Standing Rules, declared the report as contemptuous and a breach of his privileges and that of members of the upper chamber.

He  lamented that the falsehoods contained in the report by the  Channels TV was intended to denigrate the image of the National Assembly and incite Nigerians against lawmakers on the various social media platforms. His words: “Mr. President, Distinguished colleagues, yesterday, Abuja experienced rainfall. And the issue of the rainfall as it happened yesterday which was heavy was reported in various media. However, when I listened to the reportage on the Channels Television yesterday, there were many issues that were raised in their report that I felt has impinged upon my privilege and, perhaps, the privilege of my colleagues.“In that report yesterday, Mr. President, Distinguished colleagues, three things were reported which were very inaccurate: that there was heavy downpour or leakage even in the chamber. That was not correct. “There was leakage of course around the premises, outside the chamber and, also, it was reported that because of that leakage it delayed our sitting. That, also, was not correct.

“At the end of the day, like we all know, when the sum of N37 billion was made as provision in the shared 2020 of the budget, the media went to town castigating and calling the National Assembly members all kinds of names.“Now, at the end of the day, the pandemic came and that amount was reduced to about N9 billion so that they can take the rehabilitation in phases. As we speak, nothing has been done until yesterday, like we all saw, the leakages across the complex.

“This is a vindication of what the leadership and, indeed, the Senate and members of the House of Representatives saw with respect to this edifice which is a national monument. “This is the house of Nigerians, and I believe it is also the face and symbol of our democracy. [And] I believe as responsible tenants – because we are all tenants here, we have our time to leave – we have a duty to report back, in this case

“If you follow what was been reported or comments being made in the social media arising from that report alone – they would just tell you what in 2020 last year, the leadership approved N37 billion, then they will show rain falling. The entire report was done to denigrate our integrity and to actually impugn on whatever it is that we stand for”, Senate Abdullahi said.

Responding, the Senate President, Ahmad Lawan, described the report as irresponsible, saying that the media should seek clarification on matters of interest through proper investigations before filing reports.  “The Channels Television correspondent or reporter here may not be responsible for that, because I know that our press corps members and reporters are in tune with what we do here and what happens around us.“And they are very patriotic, very genuine and committed to democracy and, therefore, the Senate correspondent of the Channels TV couldn’t have sent that report.

“Let me advise the media, this is irresponsible, I must say, because seek the truth, investigate properly. Come to us, or go to those who you think should know better before you compile and send your reports. The fact that there was a leakage to me is a clear testimony, confirmation and vindication of the position the National Assembly took initially. Lawan narrated the circumstance that led to President Buhari of approving the renovation of the Complex..

“By the time we came into office, the Speaker and I found it necessary to go round this complex and we found out dilapidation and degradation. In fact, anyone who see what we have here knows that this place is overdue for renovation. It is even worse downstairs. So, we went to see Mr. President that to complain to him that there is need to rehabilitation and renovate the National Assembly complex after the being used for twenty years and not rehabilitated at all. “[And] Mr. President was gracious, he asked us to come back to engage the FCDA who are the owners of this building. “The management – the technical side of the National Assembly and some contractors to come up with what we need to rehabilitate here and the costing.

“In fact, I fought against the initial submissions because I was to take the document to Mr. President.When I saw what some of them were bringing, I said I couldn’t take that to Mr. President. Go and rework it. They continued to rework until they came down to N37 billion. I took that to Mr. President, and he immediately called the late Chief of Staff, Mallam Abba Kyari, he said go and look for money to rehabilitate the National Assembly complex.

“Myself, the Speaker, the late Chief of Staff and the Minister of Finance, Hajiya Zainab Ahmed met, and the meeting was to go and look for money to rehabilitate this complex. [And] for emphasis, when we approved the budget of N37 billion naira for the rehabilitation of this complex, it was not a National Assembly budget, it was an FCDA budget. We have nothing to do with this.But, of course, some misinformed – some innocent and some deliberately mischievous – went to town and were saying the National Assembly wanted to eat N37 billion naira, that there is nothing wrong with this place. This is the house of the citizens of Nigeria, and this is the symbol of democracy. If this complex leaks, the interpretation is we are not holding our democracy with the respect that it deserves. This symbol of democracy must be protected, must be promoted and supported. In fact, the institution of parliament must be supported by citizens, and we expect the press to take a lead in informing the public properly and appropriately.”