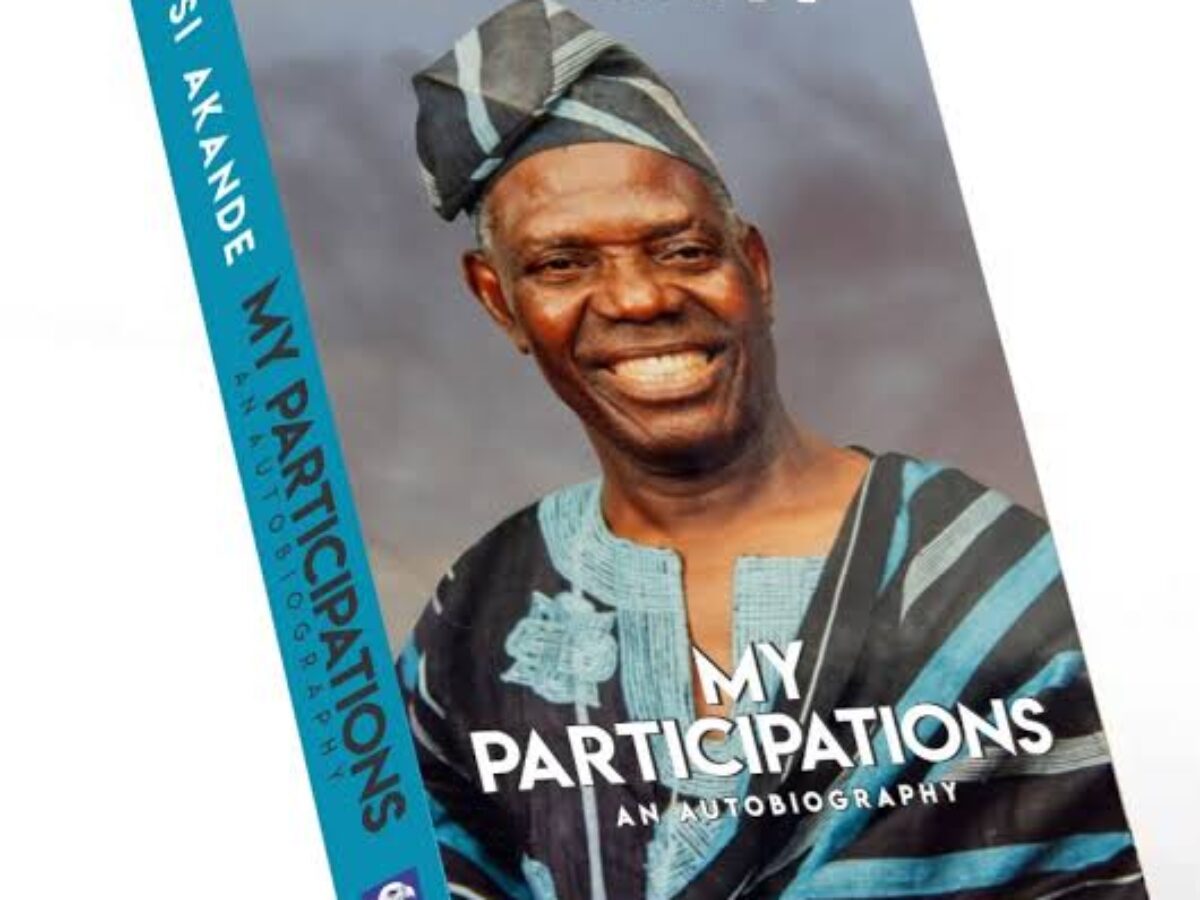 by afrikanwatchngr@gmail.com
By Richard Adebayo, News/Comments, December 17, 2021 The recent Autobiography of a former Interim Chairman of the All Progressives Congress,(APC), Chief Bisi Akande,  who was also a former Governor of Osun State, titled; My Participation, continued to generate outburst and lashes from those he alleged to have played an ostriched role in his political life... Read More

Bishop Kukah Vs Buhari : Between Truth and fiction: Kukah’s kingdom is not of this world- Mark C. Orgu

The recent Autobiography of a former Interim Chairman of the All Progressives Congress,(APC), Chief Bisi Akande,  who was also a former Governor of Osun State, titled; My Participation, continued to generate outburst and lashes from those he alleged to have played an ostriched role in his political life especially some leaders of the Pan Yoruba social cultural organization, Afenifere. Since the launch of the book last week , prominent Yorubas who were accused of double standard like Pa. Ayo Adebanjo, who Akande accused of benefiting from Sen. Bola Ahmed Tinubu, saying the former Lagos state governor built him a house, which the the Afenifere leader debunked and tagged it as, ‘liar from the pit of hell’. Noting however, that he took loan and sell-off some of his property to build his Lekki house.

In same vein, a Former Osun State governor, Prince Olagunsoye Oyinlola has also descended on Chief Akande, noting that, Chief Akande’s Autobiography is full of lies and unrealistic facts. According to him, he said, some of the allegations against him will be settled in his Autobiography in view. “I have just read a part of the recently released autobiography of my predecessor as governor of Osun State, Chief Bisi Akande, which concerns me. He levelled some allegations against me and also made certain allusions and insinuations. My forthcoming autobiography has already taken care of all the issues” 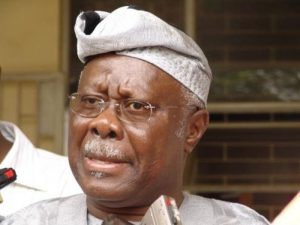 Also reacting ealier today is a former Deputy National Chairman of the Peoples Democratic Party, Chief Bode George, who advised Chief Akande , to cover his face and shamefully withdraw his book from the public and apologise to Nigerians for bringing out falsehood for public consumption, warning however that, history can never  be painted for selfish interest.

Meanwhile, our News outfit obtained a press release sited in Punch this evenining, authored by Chief George, warning Akande against causing trouble for himself because of the political ambition of Bola Tinubu, APC national leader, noting that the book written by him is malicious and offensive to Yoruba elders and  described the book as it as “shameful” and “disappointing”.

“Akande must apologise openly to Yoruba elders. The attitude that he displayed is not acceptable in a civilised society. Is it his legacy to dishonour Yoruba elders?

“At his age, Akande should not set his house on fire because of Tinubu’s ambition. I felt very bad as a Yoruba man and as a Nigerian. He was maligned Yoruba elders and highly respectable people in the country. He was busy giving kudos to Bola Tinubu. Baba Akande is from Osun State and Tinubu is the only man that he could single out to praise.

“From the reaction to his book, you must have heard what Baba Adebanjo said. How are we going to be regarded by others? Is that the right thing to do? Baba Akande should withdraw the book that he has authored. It is very shameful. He is older than me and I don’t expect an elderly person to behave in that manner. He must apologise to those he has offended.”