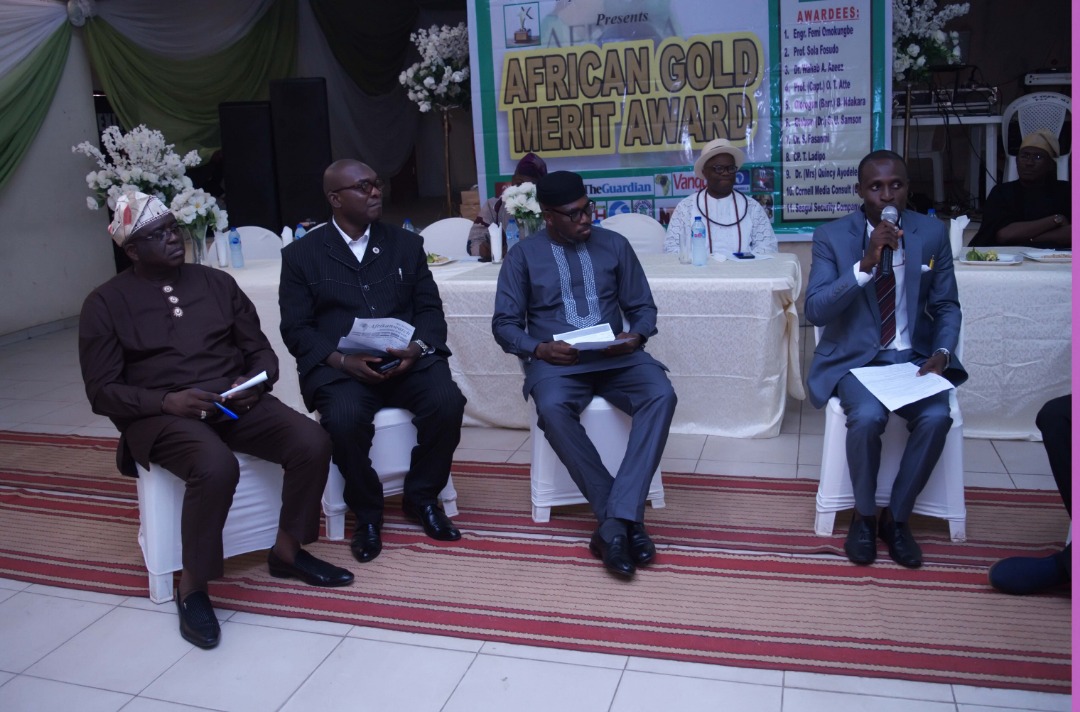 by afrikanwatchngr@gmail.com
By Mark Columbus Orgu and Daniel Njienue, May 29, 2019 LAGOS-Some of the issues raised at the Afrikanwatch 2019 lecture and award few months ago were of immense benefit to nation building. For instance, Dr. Tunji Abayomi was of the view through his contributions to Afrikanwatch 3rd Memoir titled; Nigerians, where do we go from... Read More

LAGOS-Some of the issues raised at the Afrikanwatch 2019 lecture and award few months ago were of immense benefit to nation building. For instance, Dr. Tunji Abayomi was of the view through his contributions to Afrikanwatch 3rd Memoir titled; Nigerians, where do we go from here after 58 years of independence, his quotes  “The founding fathers appear to would have recognized the fact that with the inherent diversity of nationalities, suspicions among ethnic group in Nigeria, a lose federalism was the best governmental system, if the military had set before it the identification of the prevailing challenge to federalism and proceeded to work on resolving them. Its entry would have been appreciated. Unfortunately the military which do not participate in the intense struggle for independence nor appreciated that, which made up Nigeria at independence turned itself to government by force.  Responding to this at the event was Colonel Shobo retd who said; “as it sounds today, military rule is now an aberration not only in Africa as a continent but in the world at large and no military officer will eye the seat of the government again”

There comes a quote from Sen. Anthony Adefuye’s contribution from the memoir. “But unfortunately the military came in full force and changed the plans of our founding fathers by coup after coup with the sole aim of murdering the political life of Nigerians. They knew what they wanted to do, however before their evil plan everything was fine. So, I am of the opinion that the military should be banned from contesting election into elective post in Nigeria”

Reacting to this statement is Dr. Ademola Azeez, a lecturer at the Federal College of Education, Technical, Akoka, Lagos, an awardee at the event, stressed, “There is no military coup in Nigeria without the support of politicians judging from history, they worked hand in hand and if you look at the cooperation of politics today you will still see that happening. “The problem we have in Nigeria today is that the politicians do not have clear ideology on how a country should be runned, because they keep traveling all over places. I think, only in Nigeria we have the most unproductive political class in the world, very unproductive because there’s no resources that God has not given to us in Nigeria, is it human resources or natural resources, we don’t utilize them, we keep on referring to the colonial leaders.  So, it’s the political class that will determine the kind of country you want to run. We are not getting it because of the share accumulation of wealth which other countries don’t even do. I think passing the bulk of our problem to the military cannot solve the problem, however, we can’t also exonerate the political class in their misdeed”

On his part, Mark Columbus Orgu, Editor-in-Chief, Afrikanwatch from his write up in the memoir related that    after the coup, the people who supposed to help us create an atmosphere of peace and trust abandoned the people of Nigeria and created the notion of burnt to rule section of the country and the loyalty to the people to their various ethnic and tribal did not give the British insight on our leadership crisis on power intoxication Do you succumb to this ideology.

This was supported by Dr. Samuel Fasanmi, when he said that co-ethnicity, corruption and politicians are the major problem, profiling Nigeria as dreadful where insecurity has become part of existence, and some people are calling for revolution, who are those people that will champion the revolution. The consequence of the past is the outcome of today’s problem facing us.

On his part, Sir. William Igoni Park JP, a retired Comptroller-General of Immigration coined a chapter in the Memoir titled:  Col. Ojukwu’s memoir on the Civil War should be somewhere. Excerpt “The mistake we made as a country in the civil war was not harnessing a technological gains that were born out of necessity to survive, those technological inventions in the military and mechanical consumables could have been harnessed and improved upon but sadly they were not for whatever reasons, so we lost them there. We lost valuable skills, experience and development that the war brought despite the casualties of human destruction”

Prof. Oloruntoba Timothy Atte agreed with Park, noting, we all know that military are professionals and being a professional require that level of knowledge. “I am of the opinion that what he said is right, the military took over the government because the leaders who were in power at that time could not handle the situation of the country, so the military have to come over into power to maintain law and other. What I believe is that we got it wrong from the beginning even from the consent because Ghana were the ones that instigate our independence by power and by force.  I don’t think there was proper planning on ground as to the amalgamation even to the independence, there was no proper parameters put in place such as form of government to practice, adoption of constitution etc.  Nigeria got it all wrong from the beginning, so, our problems today is not the military but civilians ruling us”

Rev. (Fr) Prof. Anthony Kanu (OSA)’s piece is titled in the memoir; “For how long are we going to be blaming the military for Nigeria’s problem. His quote, “When the Igbo’s and Yoruba’s had tribal issues to settle, it’s never about religion but when an Igbo had a tribal issue with northern Christian it’s certainly not about religion, I will rather think religion has been adopted were possible to sell the interest of division and tribalism”

Responding to this excerpt is Prof. Sola Fosudo, one of the awardees at the event, who said that the issue of ethnicity is one of the problems of Nigeria today and politicians use these problems to divide us and cause division among Nigerians.  So it’s the same issue of bad leaders, selfish leaders, and greedy leaders, and because of their personal agenda they use all forms of tactics to divide Nigerians and we fight ourselves instead of fighting the leaders.  “Our leaders are not trained to lead, with the kind of news we hear about them involving in money laundering, embezzling of government fund meant to cater for the public for their personal interest. In fact the country is cursed, we need to educate our young ones about the history of this country, a massive innovation to change their mentality”

Also, Sen. Anthony Adefuye, who was represented by Olanike Olumoko  advised that for true change to come,   we need to discipline ourselves and determine to fight this course. “It’s has to start from homes because the Bible says if the foundation is destroyed what can the righteous do,  we have to teach our children in the proper way so that they will not imitate the wrong process. Let them know they have to work and not to steal, so it’s self-discipline”  The epochal event was held at the Yaba College of Technology Alumni building, Yaba, chaired by Engr. Femi Omokungbe, Rector, Yaba College of Technology while the lecture was delivered by Mr. Dennis Amachree (MON), a retired Assistant Director, Department of State Security Service, DSS

afrikanwatchngr@gmail.com
View All Posts by Author
Biafra land is under siege-IPOB, MASSOB, says, no amount of Nig. army can stop May 30 celebration
Previous Post
Children’s day celebration: We will continue to do our best for the Nigerian child-Jakin NGO