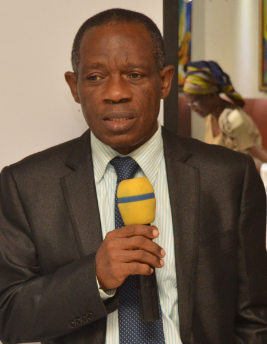 by afrikanwatchngr@gmail.com
‘A man’s life of any worth is a continual allegory, and few eyes can see the majesty of his life-a life like the scriptures, figurative –which such people can no more make out than they can the Hebrew Bible’. Pastor Martins was the bible most of us who knew him well read; his lifestyle, his... Read More

‘A man’s life of any worth is a continual allegory, and few eyes can see the majesty of his life-a life like the scriptures, figurative –which such people can no more make out than they can the Hebrew Bible’. Pastor Martins was the bible most of us who knew him well read; his lifestyle, his generous acts, advises, mentorship, and motivation to succeed in all devoted endevours were his ultimate priorities. Indeed, he will be greatly missed.

COMMENTARY-I got to know Pastor Martins in 2016, when I decided to be a member of the Alumni Association of Yaba College of Technology, Lagos where he was the National President till death. And since then, our relationship as son, father, and mentor grew gloriously.

And so, I made it a point of duty to visit, as we both shared ideas on how Nigeria could be great, and how young talent/potentials could be harnessed while also building strong leadership values and ethics. Particularly he was passionate about greater glory of the Alumni Association, but, his vision and dream on that could not materialize because of the indifferences of shared ideas and misunderstanding of those he believed lost his coded big picture of the Association. But, that is the story for another day.

He was a man full of ideas and full of life, ready to sacrifice for others. It is unfortunate we lost him. In fact, it came to me as surprise because I visited him in 2020 at the West Africa Theological Seminary (WATS), Lagos, where he rose from the position of, Director, Communications and development to the enviable position of the Provost of the most cherished Religious Institution, and we had noble conversation. He was very happy that, I have grew great in my profession. Then, he took me around, introduced me to the Registrar of the Institution and others, telling them that, ‘this is Mark, the great journalist and a visionary young man’. From there, I was taken to the Restaurant for lunch.

This, he did all the time I visited him.  A very kind and generous man, who impacted and mentored many young people irrespective of tribes, religion or otherwise. He lived out his life like a spirited dove- a messenger whose vision and mission was accomplished, so we need not to mourn or sorrow as people of hope that believed in the resurrection of Christ, the hope of humanity. Pastor Martins was a motivator and promoter of the good. This should be the consolation to the family and all of us he impacted greatly.

He understood the clear picture of John Keats (1795-1821), a second generation of Romantic poets, who along Lord Byron and Bysshe Shelley said: ‘A man’s life of any worth is a continual allegory, and few eyes can see the majesty of his life-a life like the scriptures, figurative –which such people can no more make out than they can the Hebrew Bible’. Pastor Martins was the bible most of us who knew him well read; his lifestyle, his generous acts, advises, mentorship, and motivation to succeed in all devoted endevours were his ultimate priorities. Indeed, he will be greatly missed.

His public engagements were excellence and admirable. First, as the President, Student Union Government, (SUG), Yaba College of Technology, (1981-1982), and President, Masters Student Association, WATS, where he obtained Master of divinity. Our late patriarch was a member, board of trustees,  Ajasin Foundation and WATS Governing Council, (2008-2015), Member,  WATS Executive  Board ,  and Chairman, WATS Journal Editorial Committee, Member, Board of Trustees, Hope Foundation for Africa, based in  Liberia and Shuwa Arab Development Initiative, (SADI), Member, Covenant Keepers’ Network (CKN), Council on Christian Ethics in Nigeria, (COCEN), and Journalist for Christ, (JFC), and Director, Centre for values and social change.

Today, he is no more but his legacies live. Now that, he has gone, it is my view that some of his proposals especially as it concerns the repositioning of the Yaba College of Technology Alumni Association, should be a priority for all well-meaning alumnus. 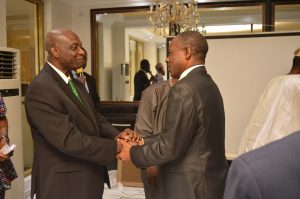 Pastor Martins had told me how he embarked on a tour in a bid to reposition the College’s Alumni- a tour to Massachusetts Institute of Technology, (MIT), USA, to ascertain the factors responsible for their alumni great feats of $ 1.9 trillion a year in 2014, that MIT has contributed largely to the economy of the US and the world in general.  He told me also , after a survey  that year, MIT Alumni  revealed that they formed 25, 800 companies, employing more than three million people including about 25% of the work force of Silicon Valley as then.

Pastor Martins hinted that, those firms generated a total global revenue of $1.9trillion a year, meaning that if MIT was a country, it would have had the 11th highest gross domestic product of a nation in the world. Indeed, MIT alumni have had considerable success in scientific research and technology, inventions, Public service, education and business etc.

Interestingly, back in 2011, the Institution has $ 712, 628, 000 endowment, with more than 120, 000 alumni members as at then. He was of the view that, those achievements especially membership drives were possible because of the MIT resolute in networking data gathering and tracking of its graduands.

These has always formed our discussion most of the time he was alive.  Unfortunately, today, he is no more but his joy would be complete if the Alumni Association and Yaba College of Technology management can pursue those dream of making the College’s Alumni like the MIT, not necessary on their huge leverage on better government, structure, human capacity, but on the basis of alliance and vibrancy and membership drive, entrepreneurship development, science and opportunities for its members as a mark of honour for the late President. It is my prayers that as you will be lay to rest this weekend, May God console all of us, especially your immediate family. Adieu

Orgu, is the Editor-in-Chief, Afrikanwatch Network and, Alumni member of Yabatech, wrote from Lagos (mcnext8@yahoo.com)