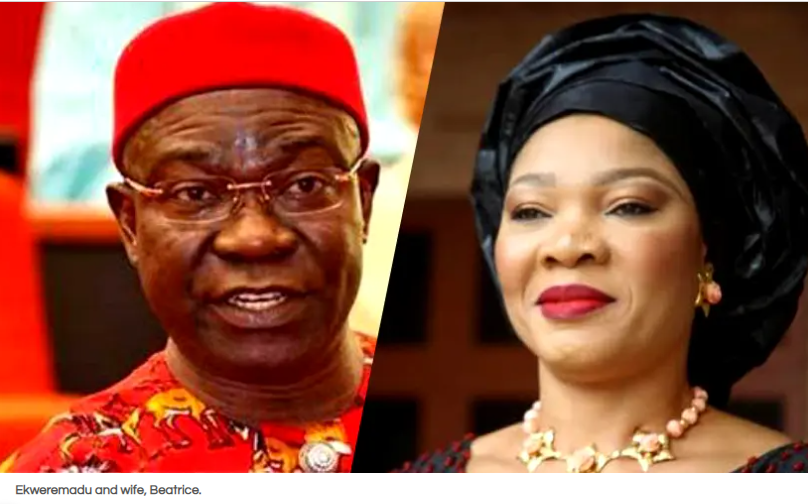 by afrikanwatchngr@gmail.com
-July 1, 2022, News/Comments The former Deputy Senate President, Ike Ekweremadu, on Thursday, appeared before Uxbridge Magistrate’s Court in London, facing charges under Britain’s Modern Slavery Act. The case has been adjourned to July 7 at Westminster Magistrate Court to allow the UK Attorney General, Suella Braverman, determine whether the case will be tried in... Read More

Lagos APC Congress: 3 chairmen emerged, as Gov. Sanwo-Olu says, it is a tea party. It is not-Hon. Salvador  replies

The former Deputy Senate President, Ike Ekweremadu, on Thursday, appeared before Uxbridge Magistrate’s Court in London, facing charges under Britain’s Modern Slavery Act. The case has been adjourned to July 7 at Westminster Magistrate Court to allow the UK Attorney General, Suella Braverman, determine whether the case will be tried in the country or Nigeria.

According to Channels TV, the case was fast-tracked, adding that the embattled politician was in good shape, dressed in a grey tracksuit, and spoke twice during his appearance to confirm his name and date of birth.

The request of his wife, Beatrice, who had asked the court in her defence to allow her appear by his side because she has not seen him since the last Thursday’s hearing was not granted. The prosecutor claims that David Ukpo, who alleged that he was forced to donate his kidney to the Senator’s ailing daughter, is 15 years.

According to court, David was allegedly picked off the street in Lagos by a criminal gang some months ago with the plan of harvesting his organ.

Ekweremadu was remanded in custody as the court claimed that he is an influential person, a flight risk and the case involves a child and modern slavery. The news of Ekweremadus’ arrest broke out last Thursday over an allegation of trying to harvest an organ of a minor to save their daughter’s life. A large delegation from the Nigeria High Commission was also present in the public gallery alongside the Senator’s two adult children.

The Senate steps in

Meanwhile, the Senate, Wednesday, had said it was sending a delegation to visit Ekweremadu and his wife. Senate President Ahmad Lawan said this after a closed-door session of the lawmakers in Abuja.

“I want to urge all federal government institutions that can do anything to ensure that justice prevails in this case, that they do so.” He also said the Nigerian High Commission has engaged the services of lawyers in the UK to defend Senator Ekweremadu.

“I had a personal engagement with our Nigerian High Commissioner to Britain, Alhaji Isola Sarafa, who has done so well to establish contact with our colleague, who has been able to get his team to be in the court at Uxbridge where Ekweremadu was taken to,” Lawan added

“The high Commission has also been able to provide some consular services that include the engagement of some lawyers who will defend our colleague. We commend them for giving attention to the issue at stake. Equally, the Nigeria Foreign Affairs Minister has been engaged here, so that the Ministry of Foreign Affairs takes steps to provide diplomatic support for our colleague”

“Because this issue is already in court, we have limited opportunity to discuss beyond what we have done so far. But I want to ensure the family of our colleague, Senator Ike Ekweremadu, and Nigerians, that the Senate will continue to engage with our ministry of foreign affairs as well as our high commission in London”

“The High Commission has done so much but we still expect that it will continue to provide any other further consular services.”

Note, the Original headline was changed