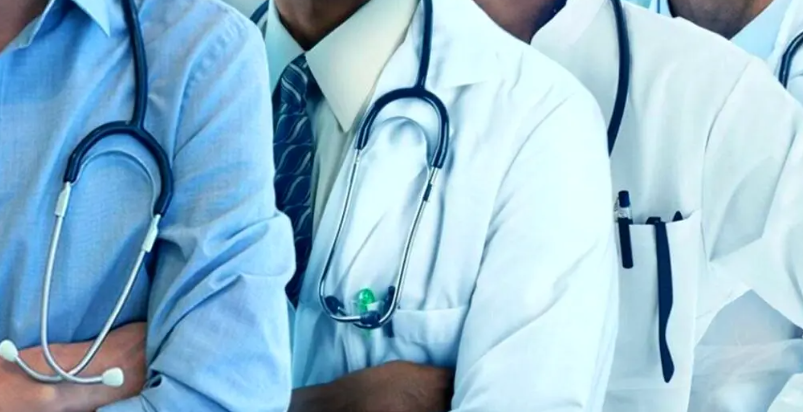 by afrikanwatchngr@gmail.com
-November 28, 2022, News/Comments, Says we’re getting to a point where there’ll be no doctors in Nigeria Tasks govt to stop situation to avoid disaster in health sector ABUJA—THE Nigerian Association of Resident Doctors, NARD, has raised alarm over plan by 4,000 of its members to disengage their services in the country and migrate abroad for... Read More

Thinklab – Building a startup team to fix science and government

ABUJA—THE Nigerian Association of Resident Doctors, NARD, has raised alarm over plan by 4,000 of its members to disengage their services in the country and migrate abroad for greener pastures.

The association also expressed worries over government’s treatment of members, saying with government’s nonchalant attitude to members salaries, welfares and other deserved packages, the country might be heading to a point where it would have no doctors anymore.

While revealing that 4,000 of its members had so far indicated interest to leave the country, in addition to 2,000 doctors it said the country had lost to the outside world in the last two years, NARD tasked the government to halt the drift by doing the needful to avoid what it described as a disaster in the nation’s health sector.

Although he admitted that mobility of labour is recognized anywhere in the world, he, however, said there are several reasons people could decide to leave their countries or migrate to other places, tasking government to find out the reasons and address them.

The NARD president, who was responding to questions on the brain drain among other issues in the nation’s health sector, said:  “Mobility of labour is recognized anywhere in the world. There are several reasons people can decide to leave their counties or migrate to other places, even to move from one state to the other in the same country to work, ranging from welfare services, remuneration, working condition, security and other social issues.

”What government should do is to try to find out why and then address it.  That is what a serious government does, because the truth is that it is really a very serious problem in the health sector as we speak and we believe it is an emergency and that if nothing is done urgently to arrest the drift, we would come to a stage where we won’t have doctors in our hospitals.

“Over the past two years or so, we have lost over 2,000 doctors to the outside world and on average, we lose between 100 and 160 doctors every month.

“We are not just talking about the low-level staff here, we are talking about the highly specialized doctors leaving the country. And when you undertake studies to know why they are leaving, 80 per cent of them responded that it is because of poor remuneration.

“The salary structure we are using now came into being in 2009. That is over 13 years ago and part of th agreement we had with government then was that it should be reviewed after five years. And that five years was in 2014.

”Till now,we have been writing for it to be reviewed but we have not made any significant headway on that. You know the living conditions in 2009 compared to now, with regard to inflation, dollar exchange rate and all that.

“As a matter of fact, somebody like me, I’m a senior registrar, but what I was paid in 2009 as a house officer, if you will get the dollar equivalent, you would realize that it was even more than what I’m being paid now.

”So there is nobody that will see that kind of thing and stay back, especially seeing a place where your work is better appreciated that you won’t be tempted to go there.

There may be no doctors in Nigeria soon

“As I’m talking to you now, we have found that over 4,000 of our members have indicated interest in migrating within the shortest possible time and if that happens, I can assure you that it would be a disaster, it will lead to poor patient management and difficulty in assessing health care.

“Patients who come to hospitals will have long clinic hours, such that a patient that should ordinarily see a doctor within one hour can spend the whole day because if you have one doctor attending to more patients than he should, of course, he won’t give in his best and even the patient would have to wait much longer to be attended to.

”You can see the huge gap and it would continue to worsen if government doesn’t don’t do the right thing.”

Dr Orji, who said the leadership of his organisation had been discussing with government on the need to do the right things, regretted that the latter was not expediting actions in addressing the identified grey areas. Govt must avoid disaster in health sector

“So we have been discussing with the government on these and we know that they had promised to do something about it. They had said they would set up a committee to review the salaries of doctors and and other health workers,not just doctors.

”It’s also important to know that it’s not only doctors that are leaving the country for greener pastures actually but we know that that of doctors appears to be more serious than some of the other health workers.

“They had said they would set up committee to review the CONMESS and CONHESS salary structures but the truth is that up till now,we are yet to be invited. The Nigerian Association of Resident Doctors, NARD, is yet to be invited by any committee.

The NARD president said contrary to insinuations that poor salary structures is the reason for the brain drain in the nation’s health sector, several factors are also involved:

He said:  “Again, this thing is not about salary anyway, there are other packages that can make our people stay. If for instance we have a seamless way in enrolling in housing scheme that we will pay overtime like it’s done elsewhere, we will be happy.

“The idea of having residency programme should be that the resident doctors should stay within the hospital and most of these hospitals have spaces but we don’t see them doing that.

“If a resident doctor is assured of where he would stay, that he should stay within the hospital, it will give him rest of mind; it will even improve his response to emergency because he is within that hospital’s space and, of course, if there is an emergency, he can quickly address it.

”Even if there is no emergency, if you are in the clinic, you can afford to stay as long as possible to clear all the backlog of patients that you have because your house is just there. You can even take a walk to your house, eat and return to work.

”So it’s a win-win situation, if the government can implement this because that is the idea of residency training. That is why it’s called that name essentially, because it is expected that you will reside within the hospital.

“So other things like the car welfare scheme are there. The idea is that government should come up with some workable solutions. They should carry us along. We know what our members want; we know what they will do than what they do now.

”It will halt the migration.Yes, people can still move but it will not be at the rate we are seeing it and it may even end up reversing the brain drain which will be good for the health sector.”

Orji said NARD was taking proactive steps to ensure members were given deserved attention by the government, saying it had met with many stakeholders for intervention.

“One thing with the Nigerian Association of Resident Doctors is that we are always proactive. As I’m talking to you, I’m in Abuja. All the national officers are in Abuja. We are gladly having a meeting. That is the meeting I left to answer your call.

”We have been moving round and writing letters to relevant quarters. Early in the month, we wrote to remind government of the promise to review CONMESS. We are doing all those things.

“We have been informed verbally by some staff of the Federal Ministry of Health that a committee had been set up but the way we operate as an association is that we have to be communicated officially, inviting us to a meeting, so we know that something is going on, because we know that verbal discussion can be denied. Up to this moment, we have not received any correspondence from the government that ‘this committee has been set up and this is the day they will be sitting,” he said.