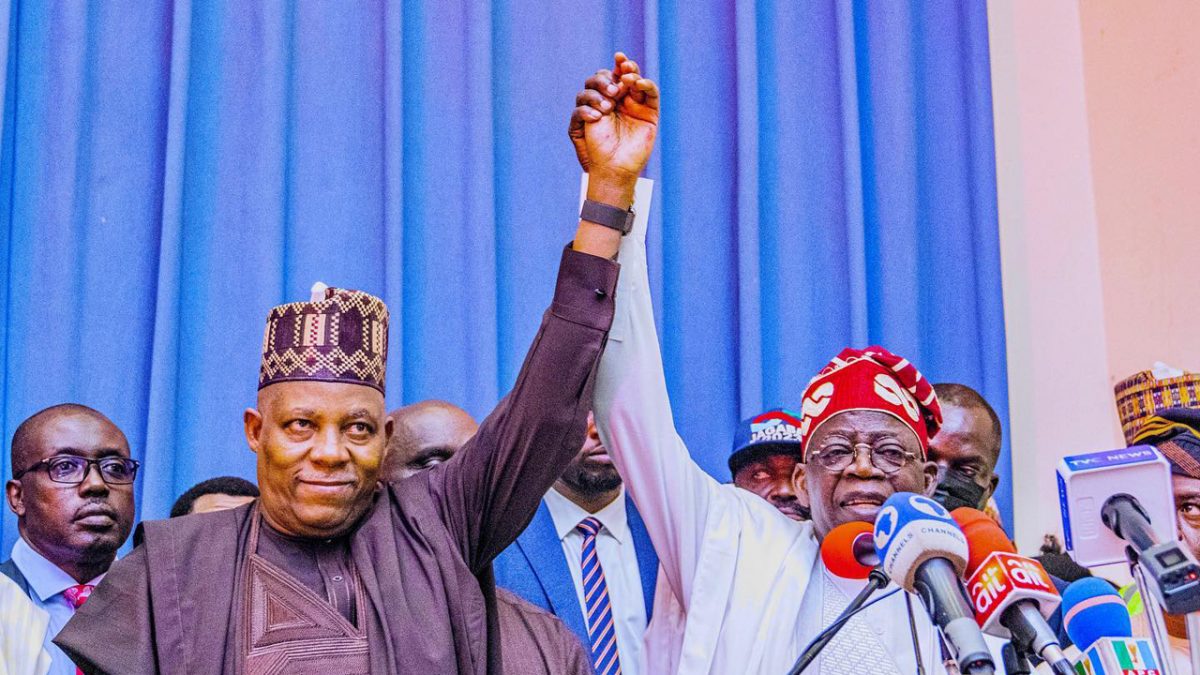 No section of the country must feel shortchanged-Govr. Akeredolu, SAN, wants 1963 Constitution retain

KADUNA-As same faith-ticket of the Presidential Candidate of the All Progressives Congress (APC), Bola Ahmed Tinubu, Lagos,  South-West, Muslim,  Sen. Kassim Shettima, from Borno State, North-West, Muslim continue to generate condemnation across Nigeria, on  the basis of religious imbalance, critics especially Christians have vowed to work against this backdrop, even as Christian Association of Nigeria (CAN) rejects such idea.  However, many groups have also warn that, the choice of APC will portray the end of the ruling party. This was part of the outburst of the Northern States Christian Elders Forum, who stated that, 2023 will teach politicians lessons especially same-faith ticket.

Meanwhile, Ejoga Inalegwu, Chairman of the Forum  who spoke at the weekend in Kaduna during a conference , asked lovers of united Nigeria to reject politicians insensitive to faith inclusion in the country, reiterating that Christians must, as a matter of urgency in the 2023 election  kill the idea of a single-faith ticket and make it irrelevant in future elections.

“Unpatriotic politicians will use any formula they can apply to win elections, whether it hurts or not and promise to placate as APC is doing after all the pleas.

“They will discard any formula that makes them lose elections in the future. Make the single-faith ticket unattractive for the future, by killing it now or render yourselves forever an irrelevant commodity in the election equation for the future.

“People easily persuaded by personal and selfish gains to the destruction of the body will be a Judas to Christendom.

“Let us be men and women of principles and loyalty to God.  We enjoin all lovers of Nigeria across faith to reject the single faith ticket to frustrate politics of exclusion that is mindful of regional balance but insensitive to faith inclusion,”

On the other hand, Professor Josiah Onaolapo, who is the guest speaker at the conference, noted however that the 2023 election was a test of the political viability of northern Christians. “We must mobilise our people to vote in 2023 as if our lives depend on it.  If you allow the door to close against northern Christians, the door will be closed forever.“