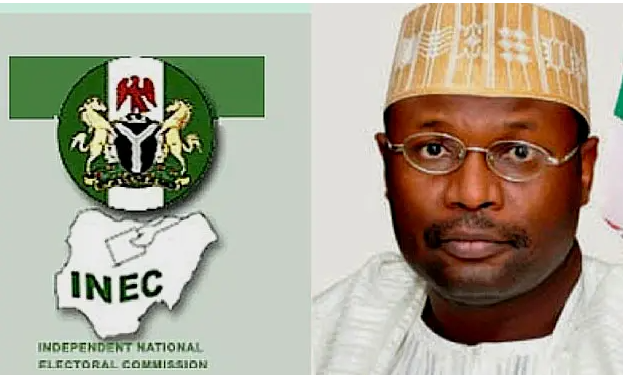 2023:Confusion over Manual  or electronic transmission of Results, INEC says, no cause for alarm

by afrikanwatchngr@gmail.com
-August 25, 2022, News/Comments THOUGH the Independent National Electoral Commission, INEC, swiftly issued a statement last Sunday affirming that “electronic transmission of results has come to stay”, the confusion as to the continued role of “manual collation” of results in our electoral management under the recently amended Electoral Act remains. Festus Okoye, INEC’s Chairman of... Read More

UNCOPS : IGP, Alkali Baba Joins others in USA, seeks  for assistance on policing

THOUGH the Independent National Electoral Commission, INEC, swiftly issued a statement last Sunday affirming that “electronic transmission of results has come to stay”, the confusion as to the continued role of “manual collation” of results in our electoral management under the recently amended Electoral Act remains.

Festus Okoye, INEC’s Chairman of the Information and Voter Education Committee, in an interview with a national daily, reportedly said though results in future elections will be electronically transmitted, the collation of results will still be basically “manual”.

Okoye was quoted thus: “There is a marked difference between the transfer/transmission of results and the collation of results. Section 50(2) of the Electoral Act 2022 gives the Commission the absolute discretion to determine the mode and procedure of voting in an election and the transmission of election results. Sections 60 and 62 of the Electoral Act govern post-election procedure and collation of results…the implication of this is that the collation process is still essentially manual…”

Though Okoye alleges that his comment was “misinterpreted”, we question what role that “manual collation” still plays in our elections now that we can transmit results from the polling units to the Commission’s national server, which can be viewed live on its INEC Result Viewing, IreV, portal? In pushing fervently for the passage and assent into law of the Electoral Amendment Act, INEC had argued that it would minimise human interference in our elections. These interferences corrupted our elections and allowed hooligan politicians to impose themselves on the people.

Much of the corruption of our past elections was done en route to, and at, the collation centres through violence, ballot snatching, falsification of results, thumb-printing of fake or hijacked ballot papers and others. It enabled compromised INEC staff, security personnel and mercenary polling agents to sell out the people’s mandates to the highest bidder.

The electronic accreditation of voters through INEC’s Bimodal Voter Accreditation System, BVAS, and results transmission from the polling units made the off-cycle Anambra, Ekiti and Osun states elections generally acceptable.

However, this situation might change in the nationwide general elections of 2023. If manual collation is allowed under any pretext, this could be used to steal the people’s mandate in parts of the country. We saw how the “Incident Forms” were liberally used in the North in 2015 to turn in humongous numbers in the favour of the candidate who eventually won.

We say “no” to any form of manual collation that could supplant results transmitted from the polling units. There is adequate network coverage all over the country such that even the terrorists freely communicate from the bushes. Only results electronically transmitted from the polling booths will be acceptable in 2023 and beyond. After voting, electoral materials should only serve as physical evidence in case of disputed elections.