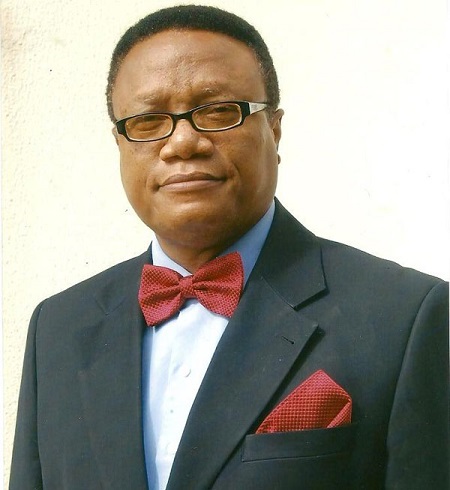 by afrikanwatchngr@gmail.com
“I am calling on the Sultan of Sokoto, Ooni of Ife, Obi of Onitsha, Orodje of Okpe, Oba of Benin, Middle Belt Forum, the Etsu Nupe, Arewa Consultative Forum, Afenifere, Ohaeneze Igbo, PANDEF, Chief E.K. Clark, Christian Association of Nigeria, MURIC, and other patriots to summon a national meeting and give this proposal serious thought”... Read More

“I am calling on the Sultan of Sokoto, Ooni of Ife, Obi of Onitsha, Orodje of Okpe, Oba of Benin, Middle Belt Forum, the Etsu Nupe, Arewa Consultative Forum, Afenifere, Ohaeneze Igbo, PANDEF, Chief E.K. Clark, Christian Association of Nigeria, MURIC, and other patriots to summon a national meeting and give this proposal serious thought”

COMMENTARY-The proper and complete title of my essay is ‘Peter Obi for President, Prof. Babagana Zulum, the Governor of Borno State for Vice President – a Proposal by an idealist! One of the first responses I received when I published the title online was ‘If wishes were horses, beggars would ride! I can imagine he followed that post with a foxy chuckle. But I know I will chuckle last. We are in desperate times. We need a desperate remedy. We can no longer commit the future of this country to practicing politicians who have turned the theatre of politics into an absurd one! Politics is too serious a business to be left to politicians who often think about the next elections and the views of the imaginary ‘people! Let us give a thought to forming a Government of National Unity using the framework of the 2023 elections, with both parties sheathing their swords for the survival of the country, led by the incumbent President who I believe would like to reunite the country after bombing our cultural diversity with nepotic appointments and body language! 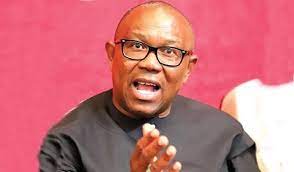 It is time to think out of the box. We are in an emergency. If Nigeria must survive and grow, if Nigeria must attain its full potential, then we must work on the process of producing leaders. The American model of democracy in terms of the power of the majority always having its way has not worked for us. We are not sure of the veracity of population claims. Population figures have been politicized. For example, to contend and stick to the point that the north has a greater population and must always produce the President of the country is a recipe for a split of the federation. I have other suggestions about constituting the cabinet once my suggested candidates emerge as leaders. Apart from constituting a youthful cabinet, women with a solid background should work as Ministers. I am sure some politicians reading this would say I am crazy. I am not. I am very sane and patriotic!

Another reaction I received was that the two men are from different political parties. And I said so? Is there any real difference between APC and PDP? The current Chairman of APC was a member of PDP before he decamped. The politicians see the political parties as Special Purpose Vehicles. My proposal is therefore a patriotic extension of that perception.  Besides, I had preceded my submission with a potent rider: We are in desperate times; we need desperate solutions. A combination of these two men in the presidency with the hope that Zulum will succeed Obi after eight years will end the unhealthy jostling and bustling currently distorting the national space. To achieve this, we need the cooperation of all stakeholders, acting on the Doctrine of Necessity. 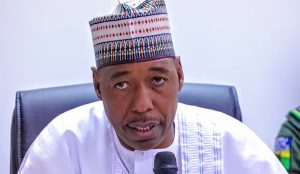 At the forefront of this effort should be President Muhammadu Buhari. But because I am almost certain that he will not initiate such a move, I am calling on the Sultan of Sokoto, Ooni of Ife, Obi of Onitsha, Orodje of Okpe, Oba of Benin, Middle Belt Forum, the Etsu Nupe, Arewa Consultative Forum, Afenifere, Ohaeneze Igbo, PANDEF, Chief E.K. Clark, Christian Association of Nigeria, MURIC, and other patriots to summon a national meeting and give this proposal serious thought. Recall that after the June 12 debacle, it was such a consensus that produced two persons of Yoruba extraction that gave way for an Obasanjo Presidency. The denial of the presidency to MKO Abiola and his subsequent death created a big tension in Yorubaland, his own folks who did not massively support him ab initio. We need that type of intervention again.  Nigeria is crumbling. Nigeria is bleeding. Nigeria is dying. The politicians who led us into this cesspit cannot redeem us from it!

In proposing these two men, let me state clearly that I have met Peter Obi only occasionally, twice at state functions and often at the airport where we flew together from Lagos to Asaba or from Asaba to Lagos. He would always stay with us in the open lounge, avoiding the VIP lounge, carrying his bag even as Governor. He would hold discussions with ordinary people anywhere and everywhere. At a state function where he had to wait for the event to start, he sat with his State Commissioners, and they were having discussions there in a circle in the open and he sat there like an ordinary mortal, not specially dressed with the airs of a pompous emperor. Not a tin god! I have not met Zulum in person. I have read about both men and think that they can change the fortunes of the country, if we work out a joint ticket on the platform of PDP, APC having just completed a two-term tenure in office.

Peter Obi was Governor of Anambra State for eight years. He gave a good account of himself as the Number One Citizen of the state in terms of accountability, projects and the entrenchment of the rules of engagement. He brought decency into governance. He preached and practiced prudence, cutting costs and removing wastes. He has struck a chord with the people of Nigeria, especially the young people across the country. He has a different perspective to governance. He has put himself forward to be President and has made some definite promises about changing the Nigerian story. He has spoken about ‘investing in education and exporting graduates’ and increasing diaspora remittance from $20bn’. Add to these the current clamour in the southern part of the country that the presidency should rotate south, particularly to Southeast, and give the Igbo people a sense of belonging. Let us give Peter Obi a chance.

Professor Babagana Zulum is incumbent Governor of the troubled State of Borno. In the midst of hunger, poverty, and the highest level of insecurity, he has governed well to the satisfaction of both the ruling party and the opposition in the state. He has concentrated on his job and gained a huge following across the country. He is from the north. To work out an agreement that he should run with Obi in 2023 would be putting two men who have a made a name in the public sphere as good administrators would reduce ethnic tension, guarantee a solid future and promote national cohesion.