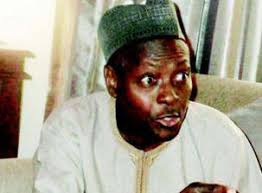 by afrikanwatchngr@gmail.com
By Daniel Njienue, November 7, 2020, News/Interview KANO– In this interview with a second republic Lawmaker, an Elder statesman, Dr. Junaid Mohammed, shares his thoughts on national issues ranging from the 2023 presidency and the agitations for rotation. He also said that, it is time for Nigerian Generals to leave politics for civilians, as the... Read More

Just-in:US issues a warning to INEC, says, the will of Nigerian people must prevail

KANO– In this interview with a second republic Lawmaker, an Elder statesman, Dr. Junaid Mohammed, shares his thoughts on national issues ranging from the 2023 presidency and the agitations for rotation. He also said that, it is time for Nigerian Generals to leave politics for civilians, as the two Generals, Chief Olusegun Obasanjo and President Muhammadu Buhari have caused the country more pain than good. 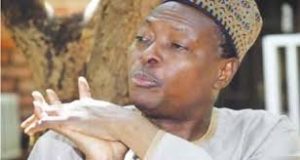 Do you share the idea of rotating the office of the Nigerian President?

No I don’t.  I believe in democracy, and in democracy, it is the people that have the ultimate decision to choose who they want to be their president.  The criteria for making such decision lies within the generality of Nigerians. Notwithstanding this, we cannot rule out the state of origin of the candidate, local government, ethnic group and the religious background before contesting for the office of the President.  However, I have nothing to do with those attributes.

Lagos Mayhem, IPOB and Ohaneze ‘s reaction and your view

If the east participated ( as alleged they did) in the mayhem in Lagos and in Abuja, and they think that this gangs of slanderous in IPOB and Ohaneze who are in cohorts with each can get their agitation right, then, they are heading nowhere. They are together in funding their tribesmen in the country from the diaspora. If they believe this will bring them the presidency come 2023, good luck .  Sadly, it’s not going to happen and I cannot see how they will do it because they cannot point out anybody in the East of this country who can claim his tribesmen or agitation of such tribesmen gave them the president. I used to be close to former President Olusegun Obasanjo and I knew if Obasanjo had relied on his own Yoruba people for the president of Nigeria, he never would have been the president. Covertly, if the Yorubas had relied on their own numbers, or noise making to get Obasanjo or any other Yoruba man to be president of this country, certainly, their effort would have be in vain.  So, wherever the President will come from in 2023, it lies solely in the hands of all Nigerians.  If other Nigerians don’t accept, nobody can be a president. Now, God has decided why the so called three major ethnic groups will not have the numbers to really press their way on the rest of the country. And if you look at the dichotomy between the majority and the minority, the Nigerian minority are leading the majority.  I don’t bloody care about anybody agitating for the office of the president or where it will come from. Yes, the idea of rotational  is undemocratic.

It was the brain child of the then retired Generals who were politically ambitious and their original plan was that nobody will be Nigerian president unless themselves. Now, we have had two Generals as Presidents since the return of democratic rule. Clearly, Buhari is a disaster, and without being told, there’s nothing to write home about Obasanjo. Obasanjo used his national connection to make sure that the country made some relief from bad birds in the previous republic whether military or civilian but beyond that, I cannot see another general becoming the president of Nigeria again after this Buhari’s tenure.

So far from what we had, a lot of the military men have left the country in crisis , that is, a lot of them have not been  good politicians when they are put in political world and they are responsible for institutionalizing bribery and corruption in a culture of violence.  Is there any good thing about President Buhari’s government, or what benefit has his administration brought in the last five or six years in this country.  Generals have done their duties-if they had fought in war or they have represented Nigeria in different part of the world, good, but they should leave politics alone.  Here, anytime we have the military general in power, it’s always resulting to trouble. Enough is enough of these generals, let them go away.