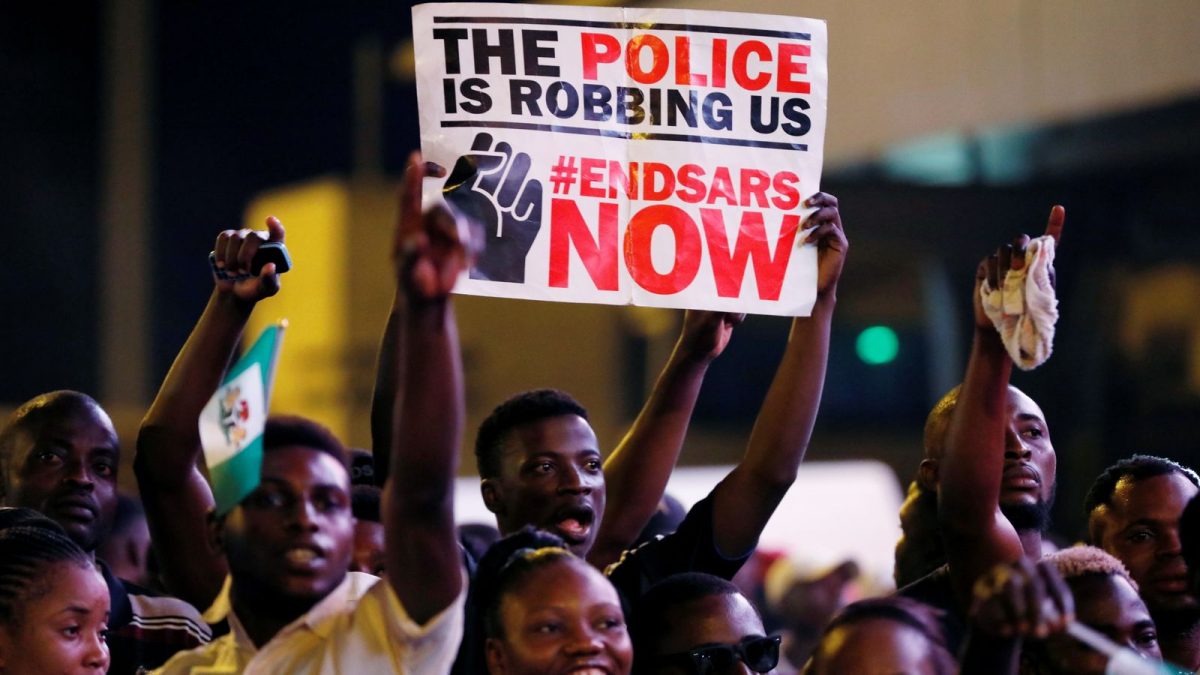 by afrikanwatchngr@gmail.com
-October 21, 2020, News/Comments EDITORIAL-It was Nicollo Machievelli in the Prince that reminded us, that the bold will succeed more than the hesitant. That is to say, a determined and focused mind would always have his or her way. The Nigeria’s situation is now like that, that the young generation have now realized why they... Read More

EDITORIAL-It was Nicollo Machievelli in the Prince that reminded us, that the bold will succeed more than the hesitant. That is to say, a determined and focused mind would always have his or her way. The Nigeria’s situation is now like that, that the young generation have now realized why they must take their destiny by hand.  Every Nigerian, whether young or old at this critical time of our life must be worried of the incessant protests across the country justified by police brutality, poverty, and the demand for better governance and others. Now, whether the end will justify the means or otherwise is what no one can boldly tell. Meanwhile, political watchers and Analysts have said, that things may go out of hand if proper measures are not taken by the constituted authorities, others are of the view that, already, the current situation has gone out of control, as leadership in the country has lost value and love of the masses, having seen the rate of poverty, hunger, anxiety, unemployment, high cost of governance and corruption. Yes, no country in the world can development without greater percentage of her youth been strategically engaged in a productive venture.

How is it that, from 1960 till date, same cycle of political business men and women have dominated the Nigeria’s political atmosphere, giving less than 5% of leadership to the youth?   The problem with Nigeria has been deposited long ago by same political cycles, and the situation seems helpless, as no one dare overpower these “Internal colonial masters”, who have only come to loot the common wealth of our collective resources. The decision of Nigeria’s youth to demand for good governance and end injustice must not be seen as a coup or seen as building revolution, but if it turns so, so be it.

Revolution is a dangerous game that no one can predict the rate of a possible casualties and other misfortune that may occur. We are all witness to the Arab spring and other violence that ensued other parts of the world.  It is better at this time, that the government take proactive action or maybe reintroduce the phrase: And never again, will it happen, because if the protests continue, there might be total breakdown of law and order, which the outcome may be disastrous.  It happened in Sudan in 2011 where South Sudan had her secession after bath of blood or was it the Yugoslavia’s breakup like park of cards,   where countries like Croatia, Slovenia, Bosnian, Serbia and Montenegro had their freedom, and became counties of their own. These nations were created after political crises that besieged them.  We do hope that ours do not go that way.

For instance, international media had reported the causes of those secessions: “The varied reasons for the country’s breakup ranged from the cultural and religious divisions between the ethnic groups making up the nation, to the memories of WWII atrocities committed by all sides, to centrifugal nationalist forces. However, a series of major political events served as the catalyst for exacerbating inherent tensions in the Yugoslav republic. Following the death of Tito in 1980, provisions of the 1974 constitution provided for the effective devolution of all real power away from the federal government to the republics and autonomous provinces in Serbia by establishing a collective presidency of the eight provincial representatives and a federal government with little control over economic, cultural, and political policy. External factors also had a significant impact. The collapse of communism in Eastern Europe in 1989, the unification of Germany one year later, and the imminent collapse of the Soviet Union all served to erode Yugoslavia’s political stability” 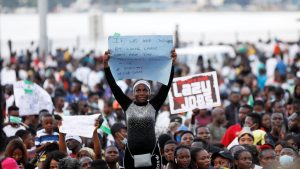 The question before us now are, what would be the end result of the continuous uprising in the country, even when protesters record more casualties, how many precious blood are we going to lose before the government do the needful?  The answer is blowing in the wind, as Dolly Parton sang.

The youth have decided to act for their birthright and injustice meted on them by our leaders for years of political rascality and corruption. It would remain dangerous for us all to keep watching and waiting like the popular song title, Blessed Assurance, where that phrase was used; how long are we going to wait till things become more harden.  It would be more of weeping and agony.   This can be avoided, only if government act judiciously.

At this time, the Nigerian government should resolve to the words of the late freedom fighter and leader of the People Republic of Chinese, Mao Tse-Tung , when he said: “It is an arduous task to ensure a better life for the several hundred million people of china and build our economically and culturally backward country into a prosperous and powerful one with a high level of culture. And it is precisely in order to be able to shoulder this task more competently and work better together with all non-party people who are actuated by high ideals and determined to institute reforms that we must conduct rectification movements both now and in the future and constantly rid ourselves of whatever is wrong”.

The arduous task is the sacrifice the government should make while synergy of purpose must be adopted in all spheres of our economy, so as to create better opportunity for our youth.