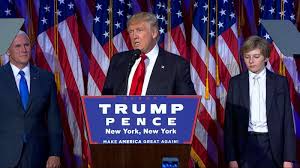 US Presidential Election: The Democratic debate, winners and losers

by afrikanwatchngr@gmail.com
-August 2, 2019, feature story/comments US–As the build up to the US presidential election draw near, the heat to take over the mantle of leadership from President Donald Trump continues, as many of the candidates do not want Trump’s return for second term, but how this would be possible is what many political scientists want... Read More

What the Federal Polytechnic will bring to Orogun-DSP, Omo-Agege, as Aides host APC Elders and leaders

US–As the build up to the US presidential election draw near, the heat to take over the mantle of leadership from President Donald Trump continues, as many of the candidates do not want Trump’s return for second term, but how this would be possible is what many political scientists want to see. However, another month, another debate double-header. Like the first round in Miami, the exchanges between the 20 candidates revealed some very real divides within the Democratic Party going into the 2020 presidential primaries.

There were some clear winners and losers – although it’s up to the candidates in the days ahead to capitalise on their gains or ameliorate the damage.

Here’s a look at how it all shook out.

The former vice-president came into the Detroit debate with a giant target on his back. Senator Kamala Harris had drawn blood with her attacks in the first debate, and weakness begets weakness.

“I think Democrats are expecting some engagement here,” Biden said to begin the debate. “And I expect we’ll get it.”

He got it, all right. He clashed with Harris on healthcare. Both Harris and Cory Booker blasted his record on criminal justice reform. He took shots from Julian Castro on immigration. Jay Inslee went after him on climate change. Kirsten Gillibrand questioned old comments he made about the place of women in the workplace. He didn’t have a clean slate by any means. There were several moments where he displayed the kind of stumbles that typified his first debate (and he really needs to learn the difference between a website and a number to text).

He did, however, mount a vigorous defence of his record and policies. There were moments where he displayed the kind of fire he’s had in the past. His performance won’t put all the questions about his age and political dexterity to bed, but it more than steadied the ship.

When Castro questioned whether he had the guts to rescind a law criminalising undocumented border crossings, Biden shot back: “I have guts enough to say his plan doesn’t make sense.”

One thing Biden just really, really has to stop doing, however, is letting himself get cut off by the moderators, instead of talking over them. Deference to cable news hosts will never win any votes.

If Biden had a lower bar after his poor first debate performance, Harris – who has joined the ranks of the top-tier of candidates – had a much higher one because of her strong debate in June.

It was a bar she didn’t always reach. The healthcare portion of the debate quickly became mired in the details, and Harris didn’t do a great job explaining in an understandable way why her plan should be viewed as the best way forward.

That allowed candidates like Booker – who was sharp throughout the night – and Gillibrand to paint in broader strokes and make a more compelling appeal for a more expansive healthcare approach.

Tulsi Gabbard, who also had a solid debate performance, unloaded on Harris’s record as attorney general of California, with a particularly stinging observation that the California senator put people in prison for marijuana-related offenses, then recently joked about her own marijuana use.

Harris will have plenty of time to figure out how to better rebut the attacks that will continue to come her way – and handle the higher expectations she’s faces. She learned tonight, however, how quickly the hunter can become the hunted.

If debate success is determined by coolness under fire and the ability to stay on message and deliver memorable lines, the Massachusetts senator was Tuesday night’s clear winner.

As former Congressman John Delaney and other of the lesser-known centrists continued to knock her big-ticket progressive plans, Warren was ready with the riposte.”I don’t understand why anybody goes through all the trouble running for president of the United States just to talk about what we really can’t do and shouldn’t fight for,” she said, as the audience howled their approval.

Bernie Sanders, her fellow top-tier progressive, could probably be listed as a debate co-winner. But with Warren pulling ahead of him in some polls and out-raising him in the second quarter of 2019, a debate where the two stood metaphorically arm-in-arm against their critics helped her more than it did him.

Warren, now has two solid debate performances under her belt. While there have been more than a few critics who say her proposal to do away with private health insurance could cost her votes in a general election, that’s a bridge she can cross at a later date. In the meantime, she’s well positioned as the field gets chopped when entering into the autumn field-winnowing period.

Let’s begin by saying neither Marianne Williamson or Andrew Yang have much of a shot at being the Democratic presidential nominee.

There’s no arguing, however, that Williamson is using her presence in these Democratic debates to give voice to the some of the aching despair that many in the party felt about Donald Trump’s election in 2016 and the gnawing anxiety that he could win again in 2020. Her accusation that the president is emboldening a “dark psychic force” in the nation, while mocked by some, is an apt description for the how many in the Democratic Party feel about the president’s politics.

Meanwhile, unlike his first debate, Yang did a very effective job distilling his one big issue – a universal basic income to address sweeping automation – into a digestible form.

In his closing, he took a shot at the way these debates have been packaged and presented. “We’re up here with makeup on our faces, and our rehearsed attack lines, playing roles in this reality TV show,” he said. “It’s one reason we elected a reality TV star as our president.”

The other candidates offer various shades of policy solutions for the ills of America society. Williamson is employing the language of emotion. Yang spoke in clear, simple terms as a political outsider. Their competitors would do well to understand why their language has resonated, and work a bit of it into their own pitch.

In the Tuesday night debate, the moderators were itching to incite conflict between the progressives and the centrists. They got it – but it was the handful of bottom-tier moderates who leaned into their criticisms of Warren and Sanders.

In the early stages of the debate, Delaney, Ohio Congressman Tim Ryan and Montana Governor Steve Bullock were the ones in heated exchanges with the top-tier candidates, while others with better standing in the polls – Amy Klobuchar, Beto O’Rourke and even, at times, Pete Buttigieg – seemed stuck on the periphery. The Delaneys of the race are probably happy with their performance. On Wednesday morning, Bullock was bragging about being declared a “winner” by political analyst Nate Silver in an email to supporters. They may benefit from their exchanges, but candidates like Klobuchar and O’Rourke who might have a more realistic chance really could have used the time and attention from this debate to springboard into the autumn months of the campaign. For them, it was an opportunity missed. And there’s no telling how many chances they have left.