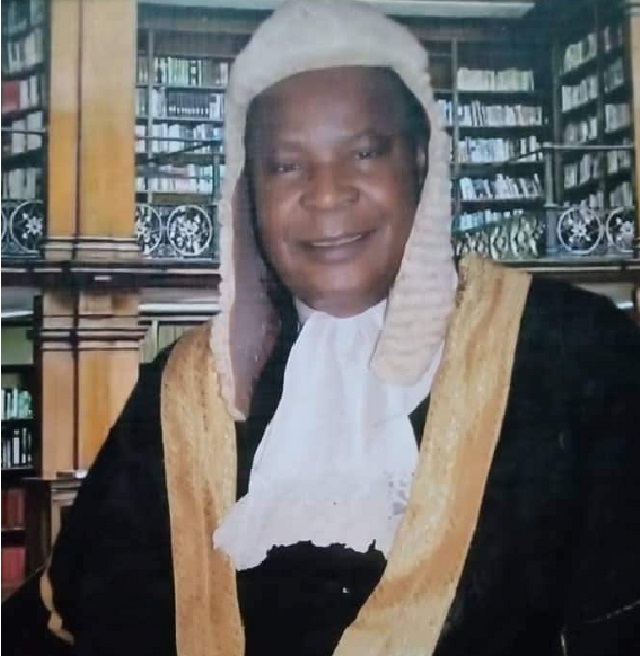 The demise of Ohwovoriole, SAN is a great loss to the Urhobo Nation-DSP, Omo-Agege

DELTA-Expressing shock of the demise of one-time, Chairman, Nigerian Bar Association (NBA), Ikeja Branch (1985-87), and one time President, Urhobo Social Club, Lagos, Olorogun Milton Paul Ohwovoriole, SAN, is Senator  Ovie Omo-Agege, the Deputy  Senate President, who said that the death of the legal icon is a great loss to the entire Urhobo nation and the country.  The late Senior Advocate of Nigeria (SAN) died at the age of 80 after a brief illness at the weekend. Until his death was the traditional Prime Minister of Olomu Kingdom in Ughelli South Local Government Area of Delta State.

Omo-Agege in his condolence message to Ohwovoriole’s family, described the deceased as one of the shinning lights of the Urhobo Nation and Delta State in the legal profession, adding that, he would be greatly missed.  Meanwhile, in a press statement issued by the Deputy Senate President through his Special Adviser, Media and Publicity, Yomi Odunuga, prayed to God to give the family the fortitude to bear the irreparable loss.

“The news of the demise of Olorogun Milton Paul Ohwovoriole, SAN came to me as a rude shock and a surprise. His immense contributions to the development of the state and country will remain evergreen in our hearts.  He was one of the first holders of the prestigious Senior Advocate of Nigeria title from Delta State. Little wonder, he was an inspiration to many,” he stressed.

While extending his condolences to the Ohwovoriole family of Olomu Kingdom, Urhobo Nation as well as the government and people of Delta State, the Deputy President of the Senate prayed to the Almighty God to grant his soul eternal rest, even as he called on Nigerians to remember his family in their prayers at these trying moments.