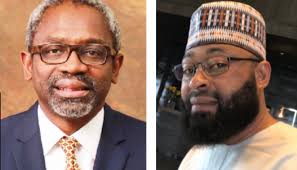 Speakership race- Bago or Gbajabiamila, as 195 signs against godfatherism-editorial

by afrikanwatchngr@gmail.com
-May 31, 2019, news/editorial As the battle to succeed Rt Hon. Yakubu Dogara, Speaker, House of Representatives thickened, a new yet-to-be-installed-Sheriff, Hon.Mohammed Umar Bago from Niger State has been endorsed by over 195 members-elect, against the preferred choice of Femi Gbajabiamila of Lagos state, who APC national body has endorsed. But few days from now,... Read More

As the battle to succeed Rt Hon. Yakubu Dogara, Speaker, House of Representatives thickened, a new yet-to-be-installed-Sheriff, Hon.Mohammed Umar Bago from Niger State has been endorsed by over 195 members-elect, against the preferred choice of Femi Gbajabiamila of Lagos state, who APC national body has endorsed. But few days from now, Nigerians will see how it all play out as the 9th National Assembly begins.

Our findings revealed that Bago, a detribalized and gentle man has received 195 signatories, and it is expected to increase to 230 as days progress. It could be recall that Mohammed Umar Bago, had earlier gotten 156 members at the initial stage he declared interest to contest the speakership slot in a meeting at a location in Gwarimpa, Abuja.

Bago, is a third time member from the ruling  All Progressive Congress, a brilliant and tactical political strategist whose interaction with the rival Peoples Democratic Party, PDP, seems“dignified” against  Gbajabiamila, at the Transcorp Hilton last week when they all met.

For instance, a member-elect, who pleaded anonymity had been quoted in Vanguard Newspapers to would have said: “Even within the ruling APC, Bago has so deftly sold his message that he is currently running neck to neck with Gbajabiamila for the signature of our party members.”  He further said that the current crisis of hope raging among top APC stalwarts is also working perfectly in Bago’s favour, owing to the fact of the issue of godfather raised by Kaduna State Governor, Nasir el-Rufai and National Leader of the party, Alhaji Bola Tinubu, as well as this week’s epistle by Deputy National Chairman, North of APC, Senator Lawan Shuaibu, asking the party’s National Chairman, Adams Oshiomhole, to resign is a sign  that Bago’s candidacy is being adopted, promising a surprise on the inuaguaration day.

Let me state it clearly here “ if things continue the way they are going, before the end of Sallah festivities billed for next week, the Bago campaign would have become a hurricane, with no fewer than 230 members elect on board, “the member said.

On his part, spokesman for Bago Campaign Organisation, Victor Ogene, noted that issues that have to do with members-elect supporting Bago would remain closely guarded until few days to inauguration. Ogene: His words“You know this is a contest involving only 360 members as the electorate, so we are focusing on those that would vote for us, instead of engaging in show-off trips, we will continue to appeal to all members-elect, expressing satisfaction that their message of ensuring equity, justice and fairness for the six geo political zones of the country, we believe that at the end of the day, Hon. Bago will emerge victorious, having come from the North central that has never held the position since 1999. Besides, the creator of the universe is a God of justice,”   It could be recall that similar situation had played out in 2015 when  Gbajabiamila was the party favourite to the speakership position but Dogara outsmart the party’s choice. The question is, would Gbajabiamila face same scenario, only time will tell.

Children’s day celebration: We will continue to do our best for the Nigerian child-Jakin NGO
Previous Post
Oshiomhole rules with agbero style, lacks leadership quality-Oyegun