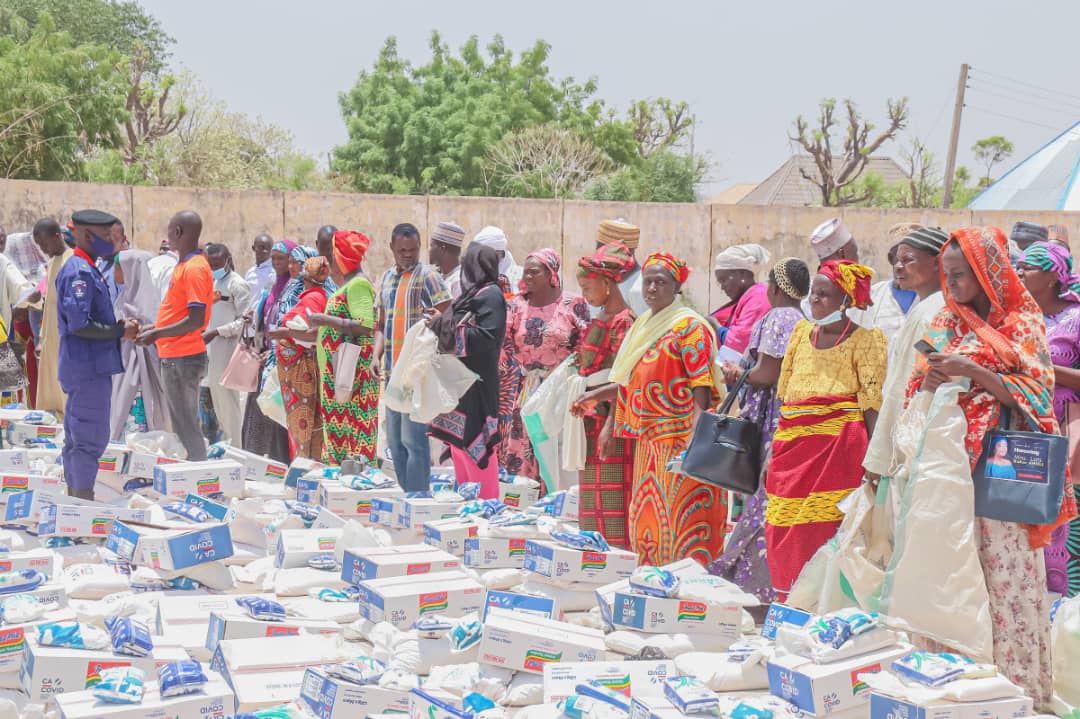 by afrikanwatchngr@gmail.com
By Daniel Njienue, News/Comments, April 6, 2021 Victims of Billiri Local Government Area in Gombe state have received relief materials from the state government after recent crises that rocked the area as a result of an appointment of a new Mai Tangle, which brought about destruction of properties and anxiety. The exercise was monitored by... Read More

Victims of Billiri Local Government Area in Gombe state have received relief materials from the state government after recent crises that rocked the area as a result of an appointment of a new Mai Tangle, which brought about destruction of properties and anxiety. The exercise was monitored by a Special Committee constituted by Governor Muhammadu Inuwa Yahaya, with the mandate of ensuring a hitch free and fair sharing to the deserving residents.  Meanwhile, the Commissioner for Local Government and Chieftaincy affairs, Hon. Ibrahim Dasuki Jalo, who is also the Chairman of the committee spoke to the press and said, that about 2000 beneficiaries were captured in the committee’s register for distribution, stressing  that  Governor  Inuwa is committed to the welfare of  citizens in the state. 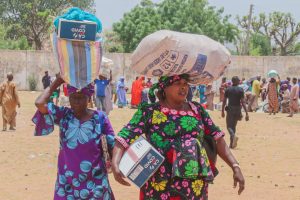 “Governor Muhammadu Inuwa Yahaya in his wisdom saw the need to bring succour to the victims of the recent crisis in Billiri through the provision of these relief materials pending the recommendations of the committee earlier set up to assess damages done during the crisis for eventual compensation”.  The Commissioner reiterated that his committee’s terms of reference is limited to the distribution of the relief materials to ease the sufferings of the victims while compensation for the affected persons will be determined by the recommendation of the the committee assessment.”As you can see the relief materials being distributed to the affected persons which include bags of rice, sugar, garri, cartons of indomie noodles and other forms of pasta. These food items will help to alleviate the sufferings of the affected persons and keep them strong in their life striving” 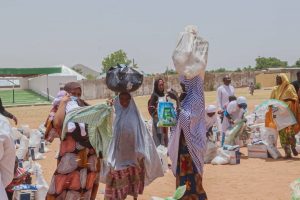 However, some beneficiaries who spoke to the press during the exercise, expressed their joy and gratitude to the Governor.  The distribution was held at the Billiri township stadium, as hope beacon on all. Members of the Dasuki Jalo- led committee include Hon.  Commissioner for special duties, Christopher Abdu Buba Maisheru, Special Adviser to the Governor on Security, Col Sani Adamu Dapsia (Rtd), Chairperson of Billiri Local Government, Margaret Bitrus and Chairman APC, Billiri local government. Others are Director-General/ Coordinator Northeast Development Commission, NEDC in Gombe state, Shehu Yarima Abdullahi and Mrs Eglah Idris while the Principal Private Secretary to the Governor, Malam Usman Kamara serves as Secretary.