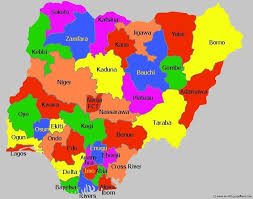 by afrikanwatchngr@gmail.com
“Nigerian government should see the need to adopt the former President Chung-Hee Park of the Republic of Korea (ROK)  on Saemual Undong’s Principle of 1970, focusing on diligence, self-help and cooperation. It was one of the Country’s spontaneous self-help, which geared towards producing a striking transformation in the quality of life, viable economy, social and... Read More

“Nigerian government should see the need to adopt the former President Chung-Hee Park of the Republic of Korea (ROK)  on Saemual Undong’s Principle of 1970, focusing on diligence, self-help and cooperation. It was one of the Country’s spontaneous self-help, which geared towards producing a striking transformation in the quality of life, viable economy, social and attitudinal improvements, and industrialization”

EDITORIAL-One begins to think whether, there is a country like Nigeria, whether, the country is doomed to suffer political and social misdemeanor. Whether the building of a vision and a proclaim country like Nigeria was purely based on consternation. Whether the character of her people are cursed for misadventure and unrest. Whether, our divergence in action parley not the identity of our oneness.  These are the polished short commentaries that worry citizens as solutions are needed to re-engineer and encourage synergy of purpose.

The late Niger Delta Activist, Isaac Adaka Boro,  had recorded in his book, Twelve Day Revolution, that in 1964, “as if in answers to the cries of the people, Nigeria had gone into a political inferno, a time when all things considered right became wrong, a time when two wrongs made a right and two rights a wrong. Indeed, the political structure in the country was in a riddle of uncertainties”

Boro reiterated and warned that, if the masses are left on the pool of their anger, poverty, and helplessness, with extreme greed from the ruling class, there was a possible cause of the upheavals, a major cause that incited the Peasant Revolt of 1381 in England, and then, the British loss of American Colonies in 1776, including the harmful French Revolution or the World War 11 of 1945.

So, the political and social crises in Nigeria today revolve around same scenario, which only the bourgeoisies control the general wealth of all. Corruption, which is now a trademark, celebrated in a saintly manner by those, who ordinarily should be in jail, now preach the consequences of corruption.

Yes, President Muhammadu Buhari has made commendable achievements in the fight against corruption, but certain elements work night and day to sabotage efforts made. However, the need to continue on this basis is paramount for posterity’s record.

Meanwhile, if we recall vividly, what is happening in the country today is a trace  to the August 1965 where  a group of Army Majors (Emmanuel Ifeajuna, Timothy Onwuatuegwu, Chris Anuforo, Don Okafor, Humphrey Chukwuka, and Adewale Ademoyega)  plotted a coup d’état against incumbent Prime Minister Abubakar Balewa. According to them, the coup was planned because the men at the helm of affairs were running Nigeria aground with their corrupt ways. The Ministers under them were living flamboyant lifestyles and looting public funds at the expenses of ordinary Nigerian citizens.

A similar scenario in the Afrobeat immortal song, Fela  Anikulapo Kuti: “House matter na different matter, those wen dey for London them dey live like lords. Those wen dey for New York, dem dey live like kings, we wen dey for Afrika ,we dey live like servant. Fela’s inspiration of prophetic music still lives and will continue to live in us.  The majority of Nigerian citizens’ live real poverty and hardship life. Evidence in various international and local reports, discrediting the country’s pride and dignity, with the country’s leaders providing little or no leadership.

How did the Country became a shadow of itself is the sad commentary without mercy of redemption, whether the country and her leaders are ready to absorb change and restore the glory of the once excelled and admirable country.

This is why Nigerian government should see the need to adopt the former President Chung-Hee Park of the Republic of Korea (ROK) on  Saemual Undong’s Principle of 1970, focusing on diligence, self-help and cooperation.

It was one of the Country’s spontaneous self-help, which geared towards producing a striking transformation in the quality of life, generate economic, social and attitudinal improvements, and bring in industrialization and social transformation. This is what is obtainable for any country that wants to grow and develop her young future, then create socio-economic and life-wire structure for her citizens.