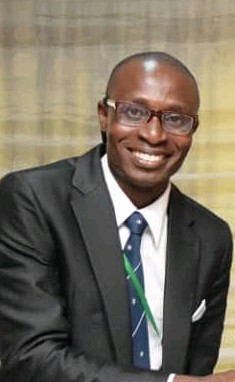 by afrikanwatchngr@gmail.com
‘Mark Columbus Orgu, is a legislative Aide to Senator Ovie Omo-Agege, the Deputy Senate President of Nigeria.  Mark has received awards for media professionalism, and commendations across Nigeria. He is a regular radio and TV station analyst especially on National issues. He’s a socio-economic analyst, commentator, author, investigator on social crisis, conflict specialist, researcher on... Read More

COMMENTARY-Mark Columbus Orgu was born on June 7, 1988; had his Secondary Education at the Aragba-Orogun Secondary School, in Ughelli North Local Government Area of Delta State. And he then proceeded to the first Higher Institution in Nigeria, Yaba College of Technology, Yaba, Lagos, where he studied Business Administration, (National Diploma). Thereafter, Mark, got one year internship at the Firstbank of Nigeria, head office,  Marina, Lagos,  where he got trained specifically in Human Capital  Management and Development under the then Head, Mrs. Ayodele Jaiyesimi, who admired Mark’s dedication to duty.

In 2011, Mark Columbus Orgu went back to the University of Nigeria, Nsukka, where he bagged Bachalor of Science (Hons) in Business Education. Then, in 2016, he obtained a certificate at the London Institute of Management and Secretarial Studies. Currently, he bagged Master’s degree in Education, (M.Ed), Community Development and Social work, University of Lagos, Nigeria.

As a young man with determination to succeed, mark beaconed on excellence and proficiency in journalism, which has given him connection across Nigeria and abroad, honour and recognitions in both print, electronic and social Media. This wouldn’t have been possible if he was not trained by the Nation Newspaper as a Campuslife Correspondent, where he reported several news from Universities, Polytechnics, and wrote on several commentaries on national discourse. He was a former head, Strategic Unit of the National Impact Magazine, Lagos for 3 years, and was commended by the Organisation for diligence and hard work.

Interestingly, Mark is the author, Nigeria in the global perspective, where are we; a divergent pragmatic compilation of thoughts on Nigeria. He Coordinated and edited three Afrikanwatch Memoirs,  where he is the editor-in-chief: Should the Labour of our Heroes’ Past be in vain, 2017, Did our founding fathers dream of a united Nigeria, 2018, and Nigerians, Where do we go from here….after 58 years of independence, 2019. He was one of those called by Mr. Sam Omatseye, the chairman, Editorial Board of the Nation Newspaper to conduct special interviews with former Governor Abiola Ajimobi’s commissioners on his 8 years achievements, (now a book) which was professionally done with encomium.

Commendations on his new book: Historiography of Orogun: Divergence in Perspective…Our past shapes our present

Indeed, Mark C. Orgu, has done a great work on the history of Orogun, demonstrating deep sense of knowledge. So, this book should be for every home in Orogun Kingdom– Olorogun Barrister Benson Ndakara, President-General, Orogun Kingdom, and Aragba Development Union.

As an Orogun indgene, I have known Mark C. Orgu, for over ten years. He is a rare breed. With his combination of youth, intelligent, patriotism, and foresight, Mark would surely hit the sky with this recent book, and it would do Orogun people good-Mr. Gift Nikoro-Former Permanent Secretary, Ministry of Economic Planning, Delta State

In this book, Mark Columbus Orgu, like an artist within the parameters of the scholarship, comes originality within insightful imagination. He has presented a monumental, learned, lucid, patient and comprehensive piece on Orogun.  I therefore, recommend this work for all who treasure good literature-Rev. Fr. (Prof) Ikechukwu Anthony Kanu, OSA. Rector, Villanova Polytechnic, Isimi Ile, Oshogbo, Osun state, Nigeria.

Mark, as I fondly call him, has written a veritable book which no doubt will greatly enrich readers especially those who admire and cherish historical events. -Senator (Dr) Anthony O. Adefuye, The Olugbon of Lagos and Sobaloju of the source.

I met Mr Mark Columbus Orgu sometime in 2014. At that time, he did not strike me as a literary man, I thought he was a mathematician or at best an engineering student. I got to know later that he had two degrees from two higher institutions with a Master’s degree in view; he is the Editor-in-Chief of the Afrikanwatch magazine and an online media. Mr Orgu proved me wrong from what l thought was true from reading the works of George Bernard Shaw that “attire proclaims a man”.

Indeed, Mark, a very simple yet much endowed personality. I have since participated in several of his Afrikanwatch fora, as guest speaker and panelist with such national literary figures like, Sam Omatseye, Chairman, Editorial Board of the Nation Newspaper, Dennis Amachree, MON, a retired Asst. Director of DSS,  and Rev. (Fr) Prof Anthony  Kanu, OSA, a catholic priest and academia.  I am fascinated by love for Nigeria and genuine interest in finding solutions to its intractable problems. I was glad to hear from him of his appointment as a Legislative aide to no less a person than our resounding politician and Deputy Senate President, Chief Ovie Omo Agege. I wish him great success and God’s blessing- Gen. Dr Oviemo Ovadje,  retd, MD, FMCA, FWCS, FICS, FSS MSS DSS MON, NOPM, OFR.

I have known Mark Columbus Orgu, as a young promising researcher and writer, whose analytical understanding of issues remain unquantifiable. Indeed, this book of his is a must buy and read-Dr. (Mrs) Obiageli Modebelu, Head, Counselling Learner Support Unit, Distance Learning Institute, (DLI) University of Lagos, Nigeria.

Mark C.Orgu, is a master story analyst. This is clearly testified in his new book, with beautiful historical analysis that seems like Greek and other ancient movies. This book would do Orogun people good– Joe Ejiofor, Deputy Registrar/Head, Public Relations officer, Yaba College of Technology, and the Chairman, Afrikanwatch Editorial/Advisory Board, Nigeria.

This book, written by Mark Columbus Orgu, is a reminder of the historical identity of the people of Orogun. It traces the root of its existence and calls for reawaking of the rich cultural and traditions of the good people of Orogun.  I applaud the hardworking and honest Mark Columbus for his commitment and contributions to history. He is indeed a good Ambassador of Orogun Kingdom and Nigeria in general. I strongly recommend this book to the general public and all lovers of History- Chief (Dr) Nzeribe Okegbue (JP), MD/CEO, Combatant Guards, Lagos

This work by Mark Columbus is one of the most welcoming ideas in recent times. One that explains how ethnic groups came into being. History and Geography are not taught anymore in our schools and this have rendered our children ignorant of who they are or where they come from. The Historiography of Orogun is a work that reverses all that. A work that will rejuvenate the pride of the Urhobo people from Orogun Kingdom-Dennis Amachree, MON, (Former and retired Asst. Director, DSS)