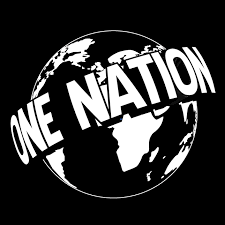 by afrikanwatchngr@gmail.com
“While it is the right of Nigerians to agitate for better living, it must be done democratically and not through violence. There is urgent need for our leaders to engage the agitators /secessionists in dialogue rather than use of force”  By Daniel Njienue, April 3, 2021  LAGOS-As Nigeria’s security situation continue to look adrift and... Read More

DEMOCRACY: Twenty-one years of return to Civil Rule in Nigeria: Need to go back to the Fundamentals-Dr. Otive Igbuzor-Commentary

“While it is the right of Nigerians to agitate for better living, it must be done democratically and not through violence. There is urgent need for our leaders to engage the agitators /secessionists in dialogue rather than use of force”

LAGOS-As Nigeria’s security situation continue to look adrift and hopeless, political prophesiers in their assessment have warned that, if urgent steps are not taken to quickly address issues, there might be a total breakdown of law and orders. This is not far from the digest of a United Nations POLAC Peace Ambassador and Security Expert, Chief (Dr) Nzeribe Okegbue JP, who is also the Managing Director and Chief Executive officer, Combatant Guards Limited, a security outfit whose head office is based in Lagos.  Okegbue in an interview with Afrikanwatch Network earlier today said that the fight against insecurity in the country has gone out of hands because of some disgruntle elements, playing ostrich game even to the detriment of all. He wonders why the reoccurring security challenges in Nigeria persists while relating it to  the lack of will power by government, including  corruption among the security chiefs, as money budgeted to fight security is diverted for personal use. Others are appointing inexperienced/incompetent persons as security chiefs, poor welfare package and lack of incentives for Field Security Operatives and refusal of government to localise security by adopting Community Policing, which makes it easier to fight insecurity from the grassroots. “The best approach to dealing with these security challenges is by appointing Security chiefs on merit and not by tribe or religion, localising Security through Community Policing, and taking the issue of fight against corruption very seriously. Culprits must be identified, arrested and prosecuted, improve the welfare of Security operatives and pay good compensation to their families if they pay the supreme sacrifice of death while serving their father land” he noted. 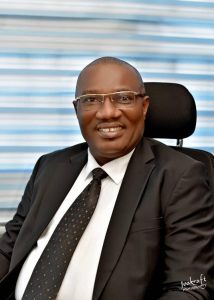 Speaking on agitations across various groups in the country, the UN Ambassador stressed that, the high level of marginalization of some regions in the country resulted to these calls but the Federal government should see the need to engage the agitators. “The call for secession is as a result of high level of injustice, nepotism, distrust, religious/ tribal discrimination, disunity and favouritism. I must confess that Nigeria has never been this polarized in years. While it is the right of Nigerians to agitate for better living, it must be done democratically and not through violence. There is urgent need for our leaders to engage the agitators /secessionists in dialogue rather than use of force. Now, the recent developments of almost all geopolitical zones having their security network cannot be seen as a strategy for adoption of secession but rather a gradual step to restructuring of country. A full restructuring will be the best way out of the agitation for breakup of Nigeria. Restructuring will allow for all Geopolitical Zones to handle its peculiar security challenges its own way”

Okegbue Further  recommends the way forward by noting however, that  security agencies must  take the issue of intelligence gathering very seriously by engaging informants/spies, ensuring that  informants are well taken care of, and their identities and persons well protected. “Each state/zone should be allowed to fight its security challenges through the method of Community Policing. I also recommend that Private Security Practitioners through its Association, ALPSPN, be properly co-opted and integrated into Nigerian security architecture as partners because they are almost in every Community in Nigeria. They could be used as informants for intelligence gathering” He concluded.