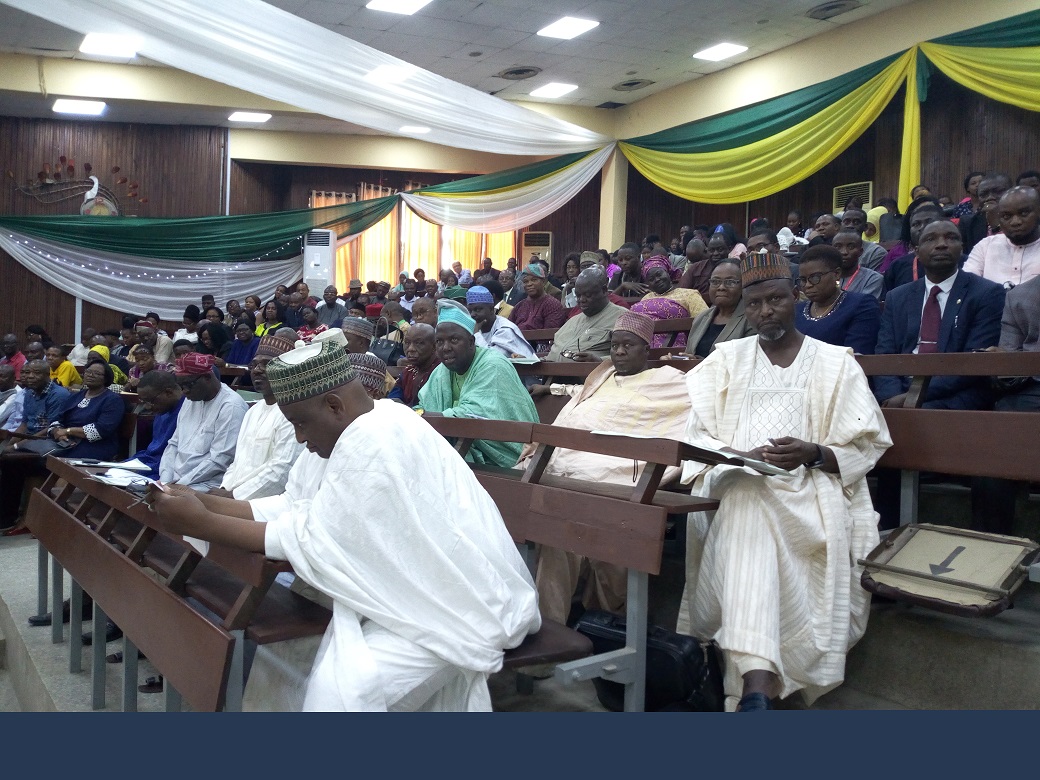 by afrikanwatchngr@gmail.com
By Godwin Dike, April 10, 2019, news The 141 gathering of Council of Heads of Polytechnic and Colleges of Technology (COHEADS) in Nigeria was held at the Yaba College of Technology, Yaba, Lagos today with the intention to reviewing the various challenges confront polytechnics education in the Country, looking at the purpose at which it... Read More

Breaking: We will shut down Nigeria within 7 days if Pres.Buhari fails to reverse suspension of CJN Onnoghen-NIM

The 141 gathering of Council of Heads of Polytechnic and Colleges of Technology (COHEADS) in Nigeria was held at the Yaba College of Technology, Yaba, Lagos today with the intention to reviewing the various challenges confront polytechnics education in the Country, looking at the purpose at which it was established and its manpower.

Meanwhile in his opening remark, the Rector of the host Institution, Engr. Femi Omokungbe expressed confidence, stressing that there is the need for synergy and cooperation within Institutions towards improving polytechnic education in Nigeria. Omokungbe noted that the College’s immense contributions to technological advancement and human capital development over the years cannot be quantified. He used the medium to solicit for the support of his colleagues (Rectors) towards the hosting of West Africa Polytechnic Games (WAPOGA) by the College this year.

On his part, the Chairman of COHEADS, Alhaji. Mas’ud Elelu, Rector, Kwara State Polytechnic, noted that the essence of the meeting is to critically exam issues militating against various technological institutions across Nigeria. He also noted that another area they will be focusing would be on the over dragging issues of disparity between polytechnic and University education. Elelu reiterated the commitment of COHEADS towards quality education and technological advancement in the country. His words:

” Personally, from my point of view, which I have consistently stressed, that polytechnic education was established for technical skills in the industrial environment, but as a result  of shift of times in the economy, Polytechnics then incorporated commercial courses meant for Universities whereby the workers for degree holders of such discipline, are playing safe to safe guide scenario  that has brought about such disparity and, the way forward is for the government and stakeholders to ensure that there is prompt enforcement and the implementation of bill of equal salary scale of such holders of degree and HND holders at all state level”

Collaborating this is Mrs. Jahou Faal, Secretary-General, Commonwealth Association of Technical Universities and Polytechnics in Africa (CAPA), who hinted that the Association has played a major role in technical education as graduates all over the world have benefited greatly and have become self-productive, while others have become employers of labour.

For breaking news, please call 08028592006 or email us at afrikanwatch@gmail.com