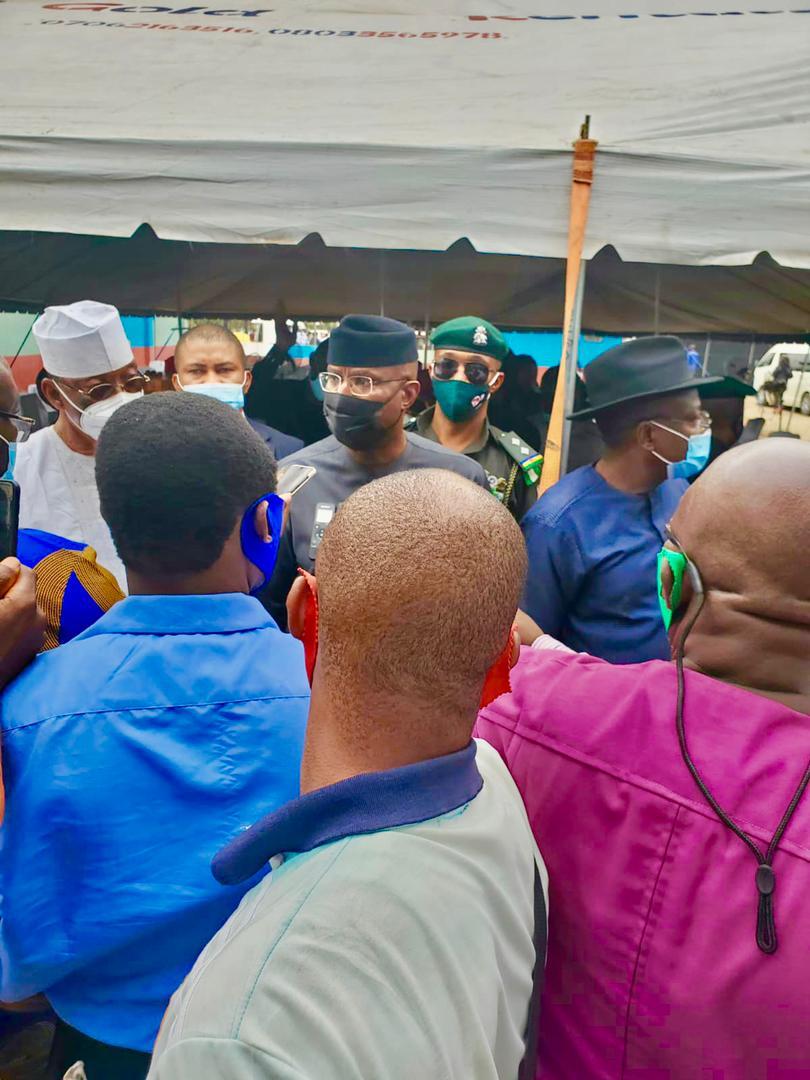 Just-in: DSP, Omo-Agege and other stakeholders were never attacked in Asaba, it is a fake news-Delta APC

by afrikanwatchngr@gmail.com
By Daniel Njienue, News/Comments. January 06, 2021 DELTA-There was no violence whatsoever at the Delta All Progressive Congress Stakeholders Meeting was the core reaction of Nick Ovuakporie, the Director of Publicity of the party, who in a strong term condemned reports making around that the Deputy Senate President, Senator Ovie Omo-Agege and other stakeholders at... Read More

Afrikanwatch Lecture and Award holds in August 21, as Fagbemi, SAN, Abati, Abayomi, others to discuss on leadership

DELTA-There was no violence whatsoever at the Delta All Progressive Congress Stakeholders Meeting was the core reaction of Nick Ovuakporie, the Director of Publicity of the party, who in a strong term condemned reports making around that the Deputy Senate President, Senator Ovie Omo-Agege and other stakeholders at the meeting were attacked by suspected and sponsored thugs on Wednesday January 3, 2021 at Asaba. Describing the media reports as fake news and campaign of calumny against the personality of Omo-Agege. He however noted that the DSP will humbly and diligently carry out his good work by ensuring that all leaders and party members are reconciled as a bid to genuinely rebuild the party towards 2023. 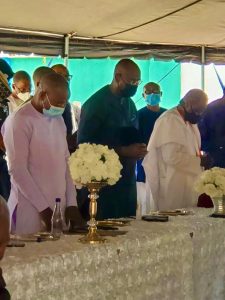 L-R, DSP, Omo-Agege at the middle during the meeting

Meanwhile the party in a statement continue to wonder why some disgruntle elements could circulate fake news against the DSP, describing such as needless and senseless and will not work.  The press release which was signed by Nick Ovuakporie titled: “There was no violence whatsoever at delta APC stakeholders’ meeting” reads:

The attention of the Delta State All Progressives Congress (APC) has been drawn to the fake news that our stakeholders’ meeting held two days ago in Asaba on Wednesday, 3rd February in respect of our ongoing membership revalidation and registration exercise was marred by violence, with some notable leaders of the party in the state suffering injuries. This is wholly false. It is the fakest news of the century and a futile attempt by mischief-makers to use non-existent problems to taint our great party and its leaders.

We note with sadness, pity, and grave concern that Chief Great Ogboru’s name is featuring prominently in this needless mischief to taint our party and smear its leaders. Yes, few fringe mischief-makers planned an attack on the stakeholders meeting but chickened out in the end. They may have realised that their plan would have consumed them either instantly or by the operation of law. It was therefore a failed coup. A coup foiled from within due to fear of consequences and by both vigilant APC members and security operatives. Hence, the Vanguard edition of the 3rd day of February 2021 as well as other media gave the accurate account of what happened at the peaceful meeting devoid of the lies.

By the spurious media stories, although the fringe mischief-makers did not even dare to carry out their wishful thinking on unleashing violence on participants at the meeting, they nevertheless somehow feel that they could still achieve their sinister agenda to taint the party by planting fake news and outright lies in the media. Their case is so worthless that they tried in vain to use an alleged private disagreement that occurred very far from the venue of the meeting to justify their bogus claim. That is sad and utterly disingenuous. It will not fly.

The whole truth is that there was no violence at all during the stakeholders’ meeting. The supposed list of persons who were attacked is fake. It could only have emanated from disordered imaginations. All attendees, including Evang. Ossai Abbey (Ogboru’s running mate in the 2019 general elections), participated in the meeting from the beginning to the end. Therefore, it is particularly disturbing that Ogboru’s name is being mentioned in this shameful fake news and media lie. If it is indeed true that Ogboru has a hand in it, then we worry whether he sought the views of his evangelist friend before associating himself with the shame of a plain lie?

Clearly, the fake news was the expectation of the fringe mischief-makers. Now that they have failed, it is better for them to embrace decency and truth instead of continuing their planned campaign of calumny against the Deputy President of the Senate, Senator Ovie Omo-Agege who is humbly and diligently applying himself to reconcile all leaders, unite members and genuinely rebuild the party to win elections all over Delta State. Attacking the innocent DSP is needless and senseless. It will not work.

Extension of IGP Adamu & its illegality: We must learn to be a country of laws and not of men-Ozekhome, SAN
Previous Post
Breaking: Dr. Abayomi writes Pres. Buhari and & Nat’l Assembly, says, Nigeria is at a serious surgical stage