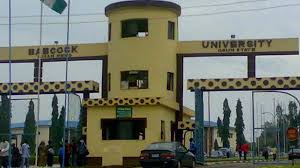 by afrikanwatchngr@gmail.com
“Babcock University Student Association (BUSA), Ogun State conducted her election online, won by a 500 law student, Comrade. Okegbue Nzeribe Emmanuel Jr, who has now made mark as the first President of the Association from Faculty of law/, Iperu campus” the new president twitted”.  By Angel James, News/comments, June 9, 2020. Posed with the recent... Read More

“Babcock University Student Association (BUSA), Ogun State conducted her election online, won by a 500 law student, Comrade. Okegbue Nzeribe Emmanuel Jr, who has now made mark as the first President of the Association from Faculty of law/, Iperu campus” the new president twitted”.

Posed with the recent Covid-19 pandemic, which has paralyzed economic activities and major threat to life all over the world, did not stop Babcock University, Ogun state of her Academic session, using online to engage the students, including extra-curricular activities. This resulted to the University Students Association election held on June 7, 2020 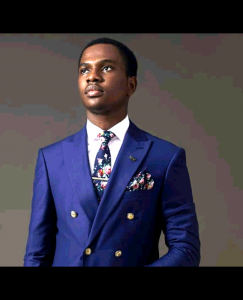 Meanwhile, the President-Elect, will pilot the students’ affairs for 2020/2021 Academic session with other elected executives, they include , Isaac Egbo , Vice-President; Main Campus , Laniyan Oluwafemi, Vice-President; Iperu Campus, Anita Oviekovie, General Secretary,, Osasuyi Gift , Associate General Secretary,  Umeh Christian, Director of Transport & Ventures; Main Campus,  Chinememma Emma Okoro, (Director of Transport & Ventures; Iperu Campus). The President-Elect, Okegbue, defeated his closest rival, Atalabi Ifedayo from the Department of Basic Sciences with a margin of 97% (560 votes) to 3% (16 votes) at Iperu campus. He won with a margin of 59% translating to 1296 votes, and 41%, to 904 votes from the main campus. The election was conducted on June 7, 2020, and students voted online, strictly monitored by the electoral committee and the University management.

In his short address, Okegbue, said that, his plans are appended within 4 acronyms R.E.S.T, which are Revamping the Prestige/Operations of the Association, Empowerment Schemes, Solidary Advocacy and Transparent & Evident Services. He further hinted how he intend to reposition students’ academic confidence and build better synergy between students and the University management. His words: “To build a better synergy between various departmental associations & the school administration;  to ensure that the needs of every department are properly attended to, ensure that there is a boost to the Public Relations image of our University and Association for better brand identity in the Public, to ensure that there is a PR Boost on students with talents, businesses or exhibitions which will enable them have a reach outside Babcock University, Awarding students who have distinguished themselves in various ramifications in the school, developing Workable Attitude of Students through Internship Opportunities (departmentally and not restrictive) and planned Skills acquisitioning programs within and outside the University”.

The young Okegbue was a former Director of Protocol, Law Students’ Association of Nigeria; Babcock University Chapter where his performance was top-notch, and also won best executive award of the Month twice during his tenure.  His personal mandate of   enthusiasm and academic excellence remain a drive to his little beginning. His aim is to enhance and continue Students’ Advocacy propelled him to vie for the position of the Students’ Association Vice-President (Iperu campus), and today, he’s now the President.

EDITORIAL: Rape cases in Nigeria has become a norm, should we fold our hands?
Previous Post
Just-in: Certificate Falsification: UI clears the air on Governor Obaseki