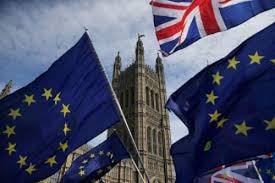 It’s laughable that FG is warning US, UK, and EU over Onnoghen’s illegal suspension-Ozekhome, SAN,

by afrikanwatchngr@gmail.com
“Rather than shut up and exercise caution from the usual brinkmanship and verbal diarrhea, at least for once, the combative government through its garrulous spokesman, Garba, went for the jogular of the international community daring it. He warned against foreign interference into the nation’s affairs, “capable of creating apprehension, distrust among citizens or undermining the... Read More

“Rather than shut up and exercise caution from the usual brinkmanship and verbal diarrhea, at least for once, the combative government through its garrulous spokesman, Garba, went for the jogular of the international community daring it. He warned against foreign interference into the nation’s affairs, “capable of creating apprehension, distrust among citizens or undermining the transparency and acceptability of outcomes of the nation’s electoral process”

Help me, someone, did I hear rightly, Mallam Garba Shehu, the SSA to President Buhari warn America, UK and EU countries to stop meddling in Nigeria’s warped electoral process that is already being rigged? Did I hear him well?

Is Garba not a part and parcel of the APC government that deployed massive Hitlerite Goebeller propaganda during the 2014/2015 elections, enlisted the aid and cooperation of the international community that literally determined the outcome of the 2015 election? Was it not the APC that influenced John Kelly to come to Nigeria to hold series of clandestine meetings with the then APC opposition party, without meeting with government officials?

Was it not Garba and his like that bamboozled Nigerians with a litany of false and fake promises to enter their “one chance” vehicle of opaque government, anchored on cluelessness, directionless, outright lies and massive corruption that have made Nigeria the world headquarters of poverty and one of the 168 most corrupt nations in the world?

Did  Garba ever thought that the international communities will fold their hands, legs akimbo, and ignore government’s totalitarian and despotic tendencies, particularly towards the forthcoming eletions?

Did Garba ever conceive that the international community is not aware that Nigerians are literally held down in servitude, under jackboot and gunboat democracy?

Perhaps, Garba does not live on planet Earth, but on planet Neptune, Venus, Mercury, Jupiter, Saturn, Uranus, or even Mars, not to realize that the international community will take more than a passing interest in an election being conducted by the 200 million people biggest black democracy on Earth.

Governments usually speak in calm diplomatese, more often using ambiguous language lased with sophistry that ruffles no feathers. But, the US, UK and EU were frontal in raising the red flag against the PMB government, not only on the Onnoghen’s matter, but also on the already being flawed general conduct of the forth coming elections.

The United States specifically expressed deep concerns over Onnoghen’s suspension, and deplored the executive’s decision to suspend and replace the CJN and head of the judicial branch, without the support of the legislative branch, on the eve of national and state elections:

Their clear message read “We note widespread Nigerian criticisms that this decision is unconstitutional and that it undermines the independence of the judicial branch… That undercuts the stated determination of government, candidates, and political party leaders to ensure that the elections proceed in a way that is free, fair, transparent, and peaceful – leading to a credible result”.

It added: “We urge that the issues raised by this decision be resolved swiftly and peacefully in accordance with due process, full respect for the rule of law, and the spirit of the Constitution of Nigeria. Such action is needed urgently now to ensure that this decision does not cast a pall over the electoral process.”

On its own part, the UK was even more frontal.

“We have heard a wide range of credible and independent voices, including in the Nigerian legal profession and civil society, who have expressed concern over the constitutionality of the executive branch’s suspension of the chief officer of the judiciary.

“We respect Nigeria’s sovereign authority and its right to adjudicate on constitutional provisions, but as friends of the Nigerian people, we are compelled to observe that the timing of this action, so close to national elections, gives cause for concern. It risks affecting both domestic and international perceptions on the credibility of the forthcoming elections.”

“We, along with other members of the international community, are following developments closely. The UK government therefore urged all actors to maintain calm and address the concerns raised by the development through due process, demonstrating their commitment to respecting the Constitution and the impartial administration of the rule of law. It further urged the actors to take steps to ensure that elections take place in an environment conducive to a free, fair and peaceful process.”

The European Union believes strongly that the decision to suspend the Chief Justice has led to many Nigerians, including lawyers and civil society observer groups questioning whether due process was followed, and the timing- just before the swearing in of justices for electoral tribunals, and the hearing of election-related cases. They are dead right in their observation.

This development, the EU noted, has also “raised concerns about the opportunity for electoral justice.” A statement by Sarah Fradgley said the EU EOM had earlier been invited by the Independent National Electoral Commission (INEC) to observe the 2019 general elections, “but is now very concerned about the process and timing of the suspension.”

The EU insisted that with 20 days to the presidential and National Assembly elections, political parties, candidates and voters must be able to have confidence in the impartiality and independence of the judicial system, independence of the election administration, the neutrality of security agencies and the extent to which the judiciary can, and does fulfill its election-related responsibilities. “The EU EOM calls on all parties to follow the legal processes provided for in the Constitution and to respond calmly to any concerns they may have.”

It ended its strong statement that “the EU EOM will continue observing all aspects of the election, including the independence of the election administration, the neutrality of security agencies, and the extent to which the judiciary can and does fulfill its election-related responsibilities.”

Shredded of all diplomatic niceties, these countries are raising the red flag and warning of the clear and present danger ahead. They are literally telling the government to its face, “you are already rigging this election by the illegal suspension of the CJN. You are terrorizing the judiciary. We do not believe you will organize free, fair and credible elections. We are watching and monitoring you. we will not accept the outcome of any flawed elections”.

Rather than shut up and exercise caution from the usual brinkmanship and verbal diarrhea, at least for once, the combative government through its garrulous spokesman, Garba, went for the jogular of the international community daring it. He warned against foreign interference into the nation’s affairs, “capable of creating apprehension, distrust among citizens or undermining the transparency and acceptability of outcomes of the nation’s electoral process.”

Garba’s statement, reads in part, “Nigeria reserves the right to be insulated from suggestions and or interference with respect to wholly internal affairs and commends international laws, customs and norms that mandate and require nations and the comity to respect this prerogative to all.”

“Nigeria is confident of its electoral processes and her preparation for the imminent elections and the federal government has supported the independent electoral umpire in both its independence and resources needed to accomplish our desire and insistence on free and fair elections’’.

Garba added that the government had ensured the independence of all organs, institutions and arms of government to “perform their functions in a manner that is transparent, and not lacking in integrity whether institutionally or by persons within such institutions or organs.’’ Really? This must be in another country, not this one I live in.

With this warning, the PMB government repudiated the “strong concerns” (an euphemism for “grave worries” in diplomatic language) made by the entire EU countries, US and UK. Some native proverbs may help Garba here: “Anyone who breaks the coconut with his head may not live to eat it”. “When a person is overfed, he challenges his chi” (god). “The stubborn fly follows the corpse into the grave”. “He who brings a maggot-infested piece of firewood into his house should not complain when he is visited by a colony of lizards”. I have spoken. A word is enough for the wise. Those who have ears, let them hear and avert the imminent catastrophe and dark clouds ominously gathering and hovering over Nigeria. It is not too late to pull the prized palm kernel from the furnace of the fire. To say more will be otiose.