Gulak’s murder: It is clear, we’ll no longer live with Ibos as one Nigeria, give them secession –Northern Coalition Group

by afrikanwatchngr@gmail.com
By Micheal Okoro, May 31, 2021, News/Comments A group known as Coalition of Northern Group (CNG) has accused some elements of Easterners of planning more repeat of 1966 January 15 coup, believed to be Ibo coup, by allowing formation of security agencies toppled and burning and dispersing officers who should protect lives and properties.  It... Read More

A group known as Coalition of Northern Group (CNG) has accused some elements of Easterners of planning more repeat of 1966 January 15 coup, believed to be Ibo coup, by allowing formation of security agencies toppled and burning and dispersing officers who should protect lives and properties.  It could be recall that over time, States like Imo, Ebonyi, Abia, Enugu, Anambra had experienced burning and killing of Security men and the current burning of police station in Kwara State and the gruesome murder of Barr. Ahmed Gulak, a former Senior Political Aide to former President Goodluck Jonathan, on the earlier hour of yesterday when Biafrans had to observe Sit-at-Home Order. 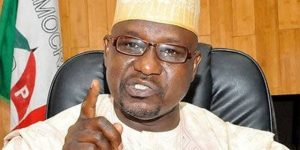 Meanwhile CNG had stressed that, it has become very clear why Northerners may find it difficult to live with Ibos in Nigeria while lashing the senate for coming out with a constitution Review at a time, Nigeria is on fire. This was parts of CNG statement signed by its Spokesperson, Abdul-Azeez Suleiman partly edited and read: “is equally insensitive for Senate to come up with such dubious exercise at a time the whole of the northern region is literally abandoned at the mercy of a rampaging insurgency and sundry security issues designed to continuously weaken the region politically and pauperize it economically.’ 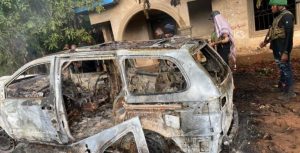 The group stated that, 1999 Constitution Review is too sudden  and need not to address the security challenges ravaging northern region, and tagged it, effort in futility and waste of the country’s resources. 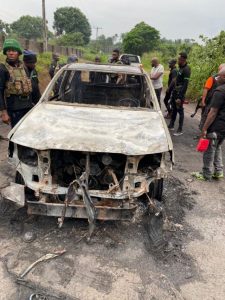 Battle field between Policemen and suspected killers of Gulak

“We at the CNG are quite aware of the futility of addressing the fundamentals of our national existence through a medium created by a set of representatives that have acquired the reputation of being the worst in the history of our nation in terms of any capacity to generate confidence in achieving credible national goals.” “Already piles of reports from previous such wasteful exercises since 1999 that claim different recommendations and conclusions on many sensitive issues now lie gathering dust in federal government offices and legislative chambers.” This exercise was deliberately timed to divert attention from the more existential threat to national unity with the resurgence of the decades-old Igbo secession agenda that is today taking a ferocious dimension.

“We find it quite unreasonable for leaders to contemplate any form of constitution review that will involve an unwilling Igbo population that is violently agitating for secession by attacking people of other regions, killing security personnel at will and destroying the nation’s public and security assets.” “Reasonably, those who call themselves custodians of our laws ought to concentrate first on a process for the separation of the irritating Igbo secessionists from the rest of the country before contemplating a future Constitution. “Violent rascality by the IPOB, the ESN and other assortment of armed Igbo gangs is funded, fully supported and emboldened by every component of the Igbo society at home and in the Diaspora.” “The CNG considers it an insult to our collective sensibilities and ordinary rules of decency to expect other parts of the country, particularly the North to continue to coexist as one country with the Igbo as federating partners.”