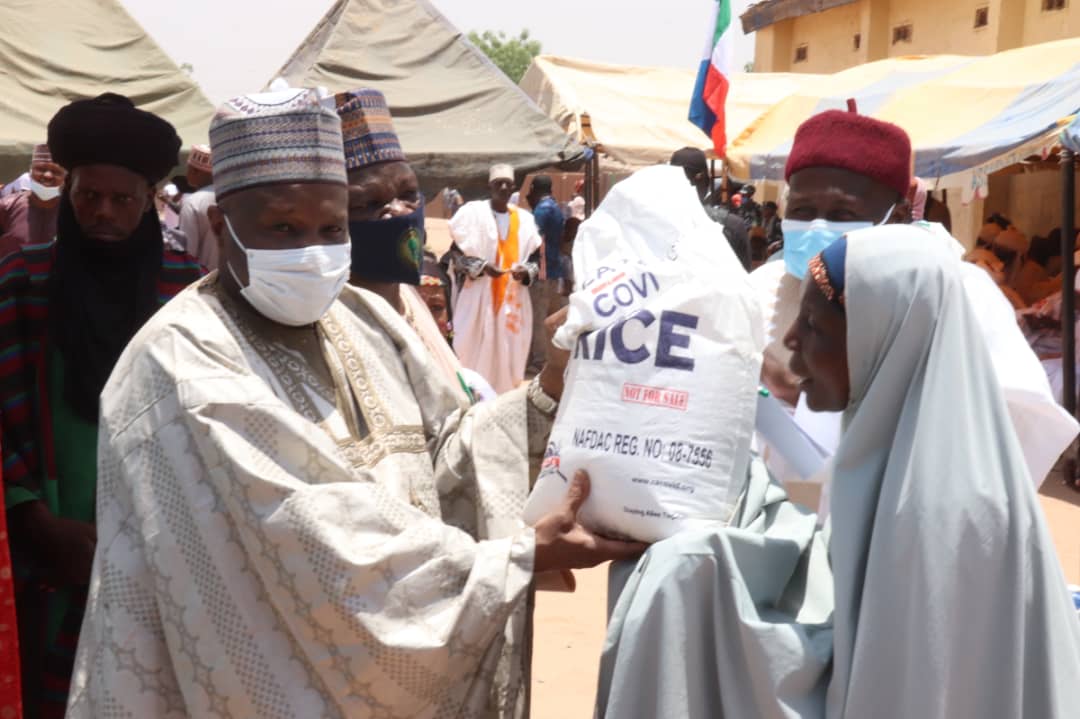 by afrikanwatchngr@gmail.com
By Mark C. Orgu, News/Comments, April 11, 2021 Gombe State Governor, Muhammadu Inuwa Yahaya says his administration will continue to champion policies that will give citizens in the State the opportunity to have access to good governance through the provision of life supporting interventions especially in times of need. This was disclosed at the flag-off... Read More

Gombe State Governor, Muhammadu Inuwa Yahaya says his administration will continue to champion policies that will give citizens in the State the opportunity to have access to good governance through the provision of life supporting interventions especially in times of need. This was disclosed at the flag-off ceremony of the phase two distribution of palliatives to the less privileges and the vulnerable ones in Dukku Local Government Area of the State.

The Governor said the distribution of the relief materials is a tradition of his administration aimed at addressing the hardships faced by the people during the current covid-19 Pandemic and also individuals affected by flood disaster and the over 2000 victims of the recent Billiri crisis. 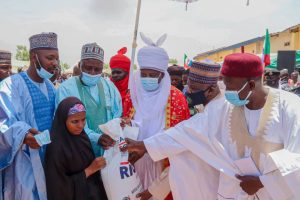 Palliative being giving out by the governor

He said the State Government under his leadership had  flag-off of the phase two of the State distribution of palliatives, worth sum of 775 million, including logistics  for distribution , hinting that his administration’s commitment to the welfare and wellbeing of the people will not be compromised. “My administration will continue to work within available resources to address the needs and concerns of the people to which I sworn to serve irrespective of social, religious or political affiliations.  We will ensure justice and fairness in the distribution of the palliatives, and put machinery in motion so that the materials get to the intended beneficiaries at the local, ward and polling unit levels” 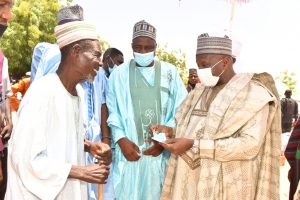 Still on the palliative distribution

The Governor revealed that in the year 2020,  his administration was able to reach out to over 65 thousand poor and vulnerable households across the State with not less than 6 persons in each of the targeted households, adding that the phase two of the distribution exercise also targets same number. He noted that his administration will always insist on meeting the yearnings and aspirations of the people and not stay aloof and watch materials meant for the citizens being siphoned by the privilege in the society.  “My administration is for the  masses and we are here to work and better their lives. We shall also come up with realistic plans that can boost their economic status so that they can in turn help the government and those still struggling at the rungs of the ladder”. 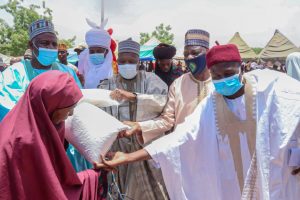 In another development, some of the request made by the Chairman of Dukku Local Government Area, the Governor said his administration is not unmindful of water scarcity in the area hence his collaboration with the Federal Government’s PWASH programme and the resuscitation of RUWASSA by his government to address the challenges of water in Dukku, Kwami, Furnakaye and Balanga Local Governments of the State which he observed are the worst hit areas.

He expressed the hope that with these interventions by his administration, the challenges of water scarcity will in no distant time be a thing of the past in the worst hit Local Government Areas of the State.  The Governor equally assured the people of Dukku Local Government Area of his administration’s commitment to ensure that the Wawa-Zange grazing reserve is pursued to its logical conclusion for the benefit of the people of the State, saying a road to link Gombe Abba to Alkaleri in Bauchi State will also be constructed to create easy access.  “Let me assure the people of Gombe that the State Government under my leadership will ensure that every locality gets road network, schools, water and health care facilities. All we seek is the cooperation and understanding of the people”.

Earlier speaking the chairman,  Gombe State Palliative Distribution Committee, Dr. Manassah Daniel Jatau said to ensure equity, justice and fairness in the exercise, the State Government under the leadership of Governor Muhammadu Inuwa Yahaya constituted his committee which subsequently birthed the local, ward and polling unit committees. These committees as explained by Dr. Daniel Jatau, who is also the State Deputy Governor of the state, were so constituted to ensure that the relief materials get to the intended beneficiaries without any form of diversion.

He said each of the beneficiaries will go home with 10kg of rice, 2kg of sugar and one carton of either indomie or spaghetti, saying this same package is to be given to each beneficiaries across the State. The Chairman, Dukku Local Government Council, Jamilu Ahmed Shabewa appreciated Governor Muhammadu Inuwa Yahaya for not only choosing Dukku  for the symbolic exercise,  but his compassion for the poor and vulnerable in the society as well as passion towards repositioning the State to be a beacon in the north East. Emir of Dukku, Alhaji Haruna Abdulkadir Rashid II said the flag-off of the distribution of palliatives to the poor and vulnerable households in the State is not only timely, but an indication that Governor Inuwa Yahaya is a leader that has the people at heart. He called on the people not to relent in supporting the policies and programmes of the Inuwa Yahaya- led administration for the good of the Dukku Local Government Area and by extension the entire state.