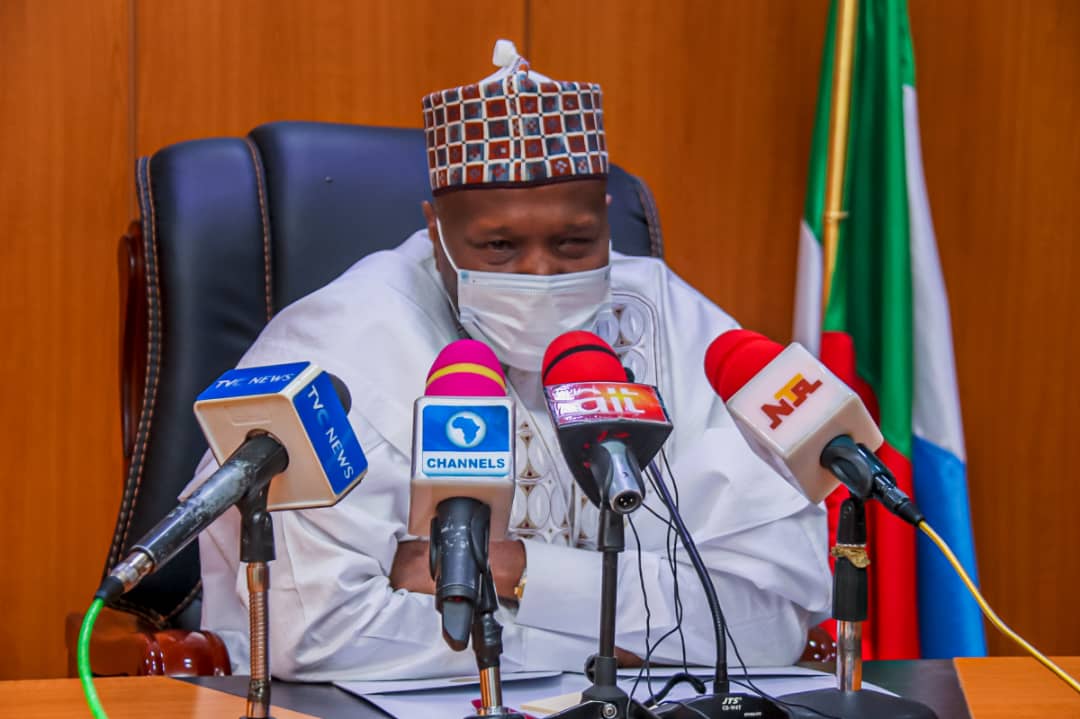 by afrikanwatchngr@gmail.com
By Gbenga Ojo, April, 27, 2021 Governor Muhammadu Inuwa Yahaya has reiterated his administration commitment in working with the National Assembly and relevant authorities to ensure the take over and standardization of the Gombe Airport by the Federal Government such that the state can leverage on what it generates to provide more services to the... Read More

Governor Muhammadu Inuwa Yahaya has reiterated his administration commitment in working with the National Assembly and relevant authorities to ensure the take over and standardization of the Gombe Airport by the Federal Government such that the state can leverage on what it generates to provide more services to the people. He stated this when he hosted  members of the National Assembly Joint Committee on Aviation led by Senator Smart Adeyemi and Hon. Noli Nnaji, Chairman of Senate and House of Representatives committees on Aviation respectively. 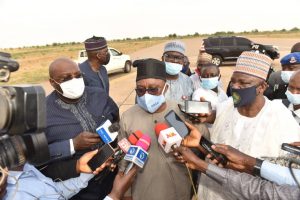 The Governor however noted that the state is prepared to aligned with Federal Government towards the standardization of the airport for a complete take over as resources to maintain the airport cannot be sustained by his administration .He said any improvement on the Airport is not only to the State economy and social wellbeing but that of the North East sub-region and the country as a whole. “We shall go to any length to see that we get reprieve with this Airport and to see that there is an improvement on it for the people of the Federal Republic of Nigeria”. 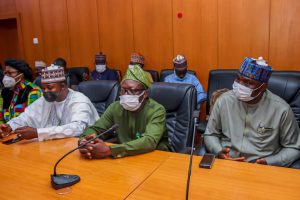 The Governor described the mission of the National Assembly Joint committee on Aviation to State as a milestone for the people and by extension the entire country but related the huge financial burden the airport has placed since its operation.

“We financed the establishment of the Airport and we are equally financing its operations and is becoming very cumbersome on the State Government, especially in view of the current financial squeeze occasioned by covid-19 and the downturn of the economy that affect Gombe State”. Inuwa however pointed out that there is no doubt of the great relief of the Airport, citing how Covid-19 vaccine was brought in through it. 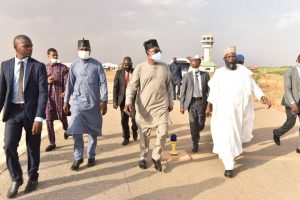 Earlier speaking, the Chairman, Senate Committee on Aviation,  Senator Smart Adeyemi said they were in the State to inspect the Gombe Airport and to have a true picture of its challenges because as legislators they have the mandate to look at the budget and call the attention of the Federal Government on areas of needs.

He said the Aviation industry plays a key role in the socio-economic development of any nation,  hence the need for the NASS members to embark on facility tours across the country with a view to coming up with legislative interventions that will see to improving and securing airports across the country.

Senator Adeyemi commended the progressive disposition of Governor Muhammadu Inuwa Yahaya which he said is evident in the well-built roads network and layouts as well as cleanliness of the state capital among other developmental strides by his administration.

Also speaking,  the Chairman, House committee on Aviation, Hon. Nnoli Nnaji described the presence of the Airport in Gombe as very important and strategic considering the centrality of the State in the North East sub region. He said the National Assembly Joint committee will spare no effort towards ensuring that the Federal Government takes over the Airport so that it can be improved upon to have a cargo terminal. The National Assembly members were later led on a facility tour of the local and international wings of the Airport by Gombe state Deputy Governor, Dr. Manassah Daniel Jatau.