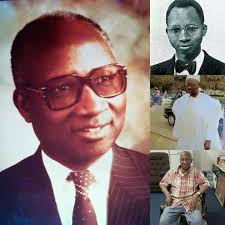 by afrikanwatchngr@gmail.com
-August 29, 2019, editorial/comments GAMBIA-What legacy did Dawda Kairaba Jawara,  Gambia’s first post-independence president, left behind is the question many wants to know, can he be said to would have impacted his country, the tiny West African country for 24 years , what was his antecedents while leading his country, why was his government toppled... Read More

GAMBIA-What legacy did Dawda Kairaba Jawara,  Gambia’s first post-independence president, left behind is the question many wants to know, can he be said to would have impacted his country, the tiny West African country for 24 years , what was his antecedents while leading his country, why was his government toppled by coup  in a 1994 coup. These are the questions begging for answers. Although, he gave up the ghost at the age of 95 on Tuesday during the week.

Meanwhile, Voice of Africa news had reported that the office of President Adama Barrow, whose election in 2016 brought an end to the rule of the army officer who toppled Jawara, Yahya Jammeh, hailed the late president as “an elder statesman” and Gambia’s “founding father.”

The former Gambia president, in 1959 founded the Protectorate People’s Party, later rechristened the People’s Progressive Party, which became a dominant political force following independence from Britain in 1965. Jawara, served as prime minister from 1962-70, as the newly-independent Gambia, a sliver of land along the banks of the Gambia River and Atlantic coast surrounded by Senegal, remained a constitutional monarchy under Queen Elizabeth II. In 1970, Gambia adopted a republican constitution by referendum and Jawara was elected its first president. Over the next two decades, he presided over a multi-party political system in a region plagued by authoritarian rule and frequent civil unrest.

He drew criticism in the later years for nepotism and corruption. That helped open the door to the military coup that unseated him and which was initially welcomed by many Gambians.

His reputation has risen again since the removal of Jammeh. A statement by Barrow’s office noted that Jawara was affectionately known as “Kairaba Jawara”, or “Peaceful Jawara.” “Under his leadership, The Gambia became one of Africa’s few successful parliamentary democracies; a champion of international peace, justice and human rights,” the statement said.

The 23-year-rule of Jawara’s successor, Jammeh, was marked by widespread torture, killings of perceived opponents and graft, according to Barrow’s administration and testimony before a truth commission it established.

Jammeh has not been reachable for comment in exile, but his supporters have dismissed accusations against him as a witch hunt. Since coming to office, Barrow has tried to restore human rights and end spats with foreign governments initiated by Jammeh.

Judiciary already had their independence-Malami, CJN disagrees, says, no deity can influence our decision
Previous Post
DELTA: Recruited teachers to be posted to rural areas-Ukah