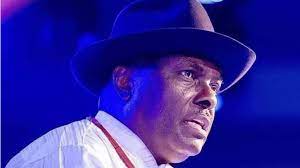 Delta Vs FG: Don’t’ give the £4.2M Ibori’s loot to Okowa’s gov. but set up Cmtt to manage the fund-Former CDHR President, Barr. Ugwummadu

by afrikanwatchngr@gmail.com
“So, we (Deltans) are insisting that the money should not go to Delta State government because they will appropriate the money back to Ibori or share it among themselves. However, I personally proposed that a reputable, incorruptible and trusted  Deltans at least, five or six personalities should be inaugurated to ensure that the money is... Read More

Breaking :US vs Iran: We are pulling out our troop from Iraq-NATO

Game of Hacks – See How Good You Are

“So, we (Deltans) are insisting that the money should not go to Delta State government because they will appropriate the money back to Ibori or share it among themselves. However, I personally proposed that a reputable, incorruptible and trusted  Deltans at least, five or six personalities should be inaugurated to ensure that the money is used for better capital projects in the state” This was the outburst of the immediate National President,  Committee for the Defence of Human Rights (CDHR), Barrister Malachy Ugwummadu, who spoke with our Delta Correspondent during the week on a telephone conversation.

Amid the ongoing issue over a refund of £4.2 million by the British government to Nigerian government- A fund looted  by a former Governor of Delta State, Chief James Ibori, which has led to an unrest in the social space by most Nigerians, especially the indigenous people of Delta State, expressing their shock and disappointment over Federal government’s decision  to use the fund to fix  Lagos-Ibadan expressway, the second Niger Bridge, and Kano-Abuja railway, among other infrastructural projects without the state inclusion.

Reacting to the issue is a former National President, Committee for the Defence of Human Rights (CDHR), Barrister Malachy Ugwummadu, who in this interview warned of the consequences of using the state looted fund for alien development, wondering what law will support such action, and described it as undemocratic, provocative and unpopular. 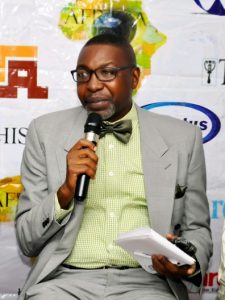 He noted that since a competent court of law in the United Kingdom found the ex-governor guilty of stealing state public fund and breached the people’s trust, the only reward was to send him to jail and release the fund to the Nigerian government. Now the question is, where did this money comes from?  From a largely statutory allocations credited to the State accounts drawn from the jurisdiction account. The position of the law is that the Federal government has no power or the jurisdiction to deny a sub national, a sovereignty state access to the money that is allocated to them in the account. See Section 62 of the 1999 Constitution as amended. A good example of this is the Lagos State case versus Federal government, during former president Olusegun Obasanjo’s regime. Having established these facts, what then is left in this whole situation?  Delta State must use all legal means to claim the fund.

Yes, Delta State government in particular should be ashamed of itself for openly celebrating a governor who almost empty the state treasury, a criminally minded person who once led the State for 8years.  And even when in prison, the political leadership of Delta State kept visiting him, sending delegations, even up till now, showing that James Onanefe Ibori the criminal is still in charge of the political structure in the State. In fact, when his birthday comes up, they will take up advertorials, they will advertise that they have gone out to see him in prison, using all sorts of means to increase his prestige in a wrong note to the people.  The news even escalated when he came out of the prison back to Nigeria while they organized reception, got him a new wife, rehabilitated him and refund all that was taken away.

Kaduna School Invasion: Buhari warns sponsors of terrorism, commends the military
Previous Post
Dozens of fragments of a biblical scroll; a 6,000-year old mummified skeleton of a child, others found in Israel