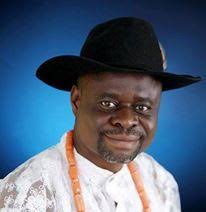 by afrikanwatchngr@gmail.com
“There is also the vexed issue of an Ovie for the Kingdom. Orogun Kingdom is the only kingdom in Urhoboland without an Ovie. Most people agree that for the development of modern Orogun, an Ovie is a necessity end. The challenge is how to select the Ovie and how it can fit into our... Read More
Adodo should be arrested-Delta APC lawmakers,Anidi and Oniyere, says allegation against DSP, Omo-Agege is baseless

“There is also the vexed issue of an Ovie for the Kingdom. Orogun Kingdom is the only kingdom in Urhoboland without an Ovie. Most people agree that for the development of modern Orogun, an Ovie is a necessity end. The challenge is how to select the Ovie and how it can fit into our culture and tradition. We must note that culture and tradition is dynamic and amenable to change. What we need is dialogue to agree on a process that is equitable and fair”.

It has been well established that every society has the capacity to develop, and all societies strive for development. But the concept of development is a very controversial one. We have argued elsewhere that the definitions and interpretations of development are influenced by history, discipline, ideological orientation and training. Chambers defines development as “good change”. This definition envisages that development is synonymous with progress. This progress should entail an all-encompassing improvement, a process that builds on itself and involve both individuals and social change. 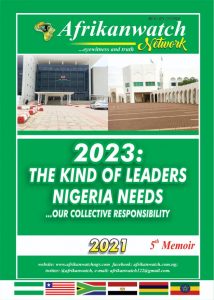 Kamghampati argues that development requires growth and structural change, some measure of distributive equity, modernization in social and cultural attitudes, a degree of political transformation and stability, an improvement in health and education so that population growth stabilizes, and an increase in urban living and employment. In our view, development always involves change that affects various facets of life including economic, social and political spheres. Sustainable development means that development is achieved without excess environmental degradation, in a way that both protects the rights and opportunities of coming generations and contributes to compatible approaches.[i]

The history of Orogun Kingdom is essentially derived from centuries of oral tradition. As Otite has argued, reconstruction of history from oral form presents its own problems especially as competing versions claim authenticity. [ii] According to tradition, Orogun along with others like Ogor, Ughele and Agbarha descended from a common ancestor, Oghwoghwa, who migrated from Benin as a result of the hostility of a reigning Oba in the middle of the 14th century.

In this paper, we argue that there is the need to build the modern Orogun Kingdom. We posit that for this to happen requires partnership between government, private sector and civil society. Meanwhile, peace, unity and political education are necessary conditions for improvement in the quality of life of Orogun people. We situate the place and contribution of Sen. Ovie Omo-Agege in the development of modern Orogun kingdom and conclude with what needs to be done to produce a modern Orogun kingdom.

There are certain requirements for any modern society. A modern society is expected to meet the basic needs of not just food, water, clothing and shelter but also basic infrastructure (energy, water, roads, etc), employment, education and health care. Indeed, development theorists and practitioners are agreed that to improve the quality of life of citizens require focus on four areas: infrastructure, agriculture, education and health. For this to happen require partnership between government (at all levels-Federal, State and Local Government), private sector and civil society. Peace, unity and political education are necessary conditions for this to happen.

As noted above, peace, unity and political education are necessary conditions for the development of any modern society.

One source of conflict in recent time is the role and relationship between Okparas and the President Generals of Development Union. There is the need for education and clarification of the roles of Okparas and PGs as traditional/cultural and developmental respectively. Part of the problem is that in some cases, the PGs are not democratically elected as required in a modern society.

Historically, Orogun people are a united people which can be seen from the battle cry… mmadu a gharu nwane n’ogu….. An Orogun person will not abandon his brother or sister in a fight. However, the unity of Orogun has been tested in the past with the rights and privileges of the five sons and how to adapt the positions to modern society. There is also the vexed issue of an Ovie for the Kingdom. Orogun Kingdom is the only kingdom in Urhoboland without an Ovie. Most people agree that for the development of modern Orogun, an Ovie is a necessity end. The challenge is how to select the Ovie and how it can fit into our culture and tradition. We must note that culture and tradition is dynamic and amenable to change. For instance, we all grew up to the tradition of female circumcision. The myth was that if the woman is not circumcised, during delivery of a baby, when the head of the baby touches the clitoris, the baby will die. But we now know better that it is just a myth and female circumcision has now been made illegal. On the issue of Ovie for Orogun kingdom, what we need is dialogue to agree on a process that is equitable and fair.

Politics is crucial in the development of any modern society. As Aristotle puts it, ‘man is by nature a political animal’. Politics is the master science through which individuals collectively set structure, purpose and ideals in their lives. Politics determines who gets what, when and how. Any society or community can only benefit from politics through active participation. As Plato counselled, if you refuse to participate in politics, you will be ruled by your inferiors.  In the words of Edmund Burke, for evil to triumph is for good men to do nothing.

Orogun kingdom has been historically marginalised by colonial government and successive governments in Nigeria partly as a result of insufficient participation of Orogun elites in politics. The discrimination is so much that Orogun Kingdom was literally forgotten by successive governments. Oral tradition has it that it is probably because of a curse placed on Orogun by Aboh. This was reversed in the 1980s.

This marginalisation has manifested in the fact that in recent history, very few Orogun sons (no daughter so far) have occupied key political positions in the State- Chief Demas Akpore as Deputy Governor in the old Bendel State, Olorogun Lucky Oghene Omoru as Commissioner for Finance in old Bendel State and Obarisi Ovie Omo-Agege as Secretary to State Government (SSG). This is quite low when compared with other clans in Urhoboland. Given the nature of bourgeois politics in Nigeria, infrastructural development and provision of services that improves the quality of life can only be attracted by prominent politicians or traditional rulers. This is why we must engage in political education for Orogun people including the elite to be active in politics.

Sen. Ovie Omo-Agege And The Development Of Modern Orogun Kingdom

The emergence of HE, Sen. Ovie Omo-Agege as the Senator representing Delta Central and Deputy President of the ninth Senate is gradually changing the fortunes of Urhobo people including the people of Orogun kingdom. He has attracted several projects to the Delta Central Senatorial District and implemented several constituency projects. There is a theoretical basis of the projects attracted by or implemented by Sen. Ovie Omo-Agege. They are projects in the four areas that development theorists and practitioners have identified that will lead to improvement in quality of lives namely infrastructure, agriculture, education and health. The infrastructure projects are mainly power including street lights, provision of water and roads. The agriculture projects include training and access to loans. The education projects include establishment of new institutions, building and renovation of existing institutions, and provision of modern ICT to schools. The health projects include building of health facilities and renovation of old ones.

With regard to Orogun Kingdom, there are four projects that have the potential to contribute to the development of modern Orogun Kingdom namely the power project to step down electricity, Nigerian Defence Space School, Federal Polytechnic, Orogun and Oil and Gas Industrial Park. These projects will impact on the economic and social lives of Orogun people. There is the need for Orogun people to prepare to receive these projects and position themselves to benefit from them.

As I noted in my paper on the Future of Orogun on 23rd November, 2019 in a programme organised by Afrkanwatch, the solid foundation for the development of modern Orogun kingdom has been laid. The way forward is to focus on the right issues under the conditions of peace, unity and the right political education and participation. The development of modern Orogun Kingdom will require focus on the following areas:

Orogun Conference: Why it is essential to bring back our once mutual love and greatness -DSP, Omo-Agege
Previous Post
Nigeria Is A Broken Country-Arcbishop Kukah, Says, Pres. Buhari Is Not Sincere About Boko Haram Sponsors