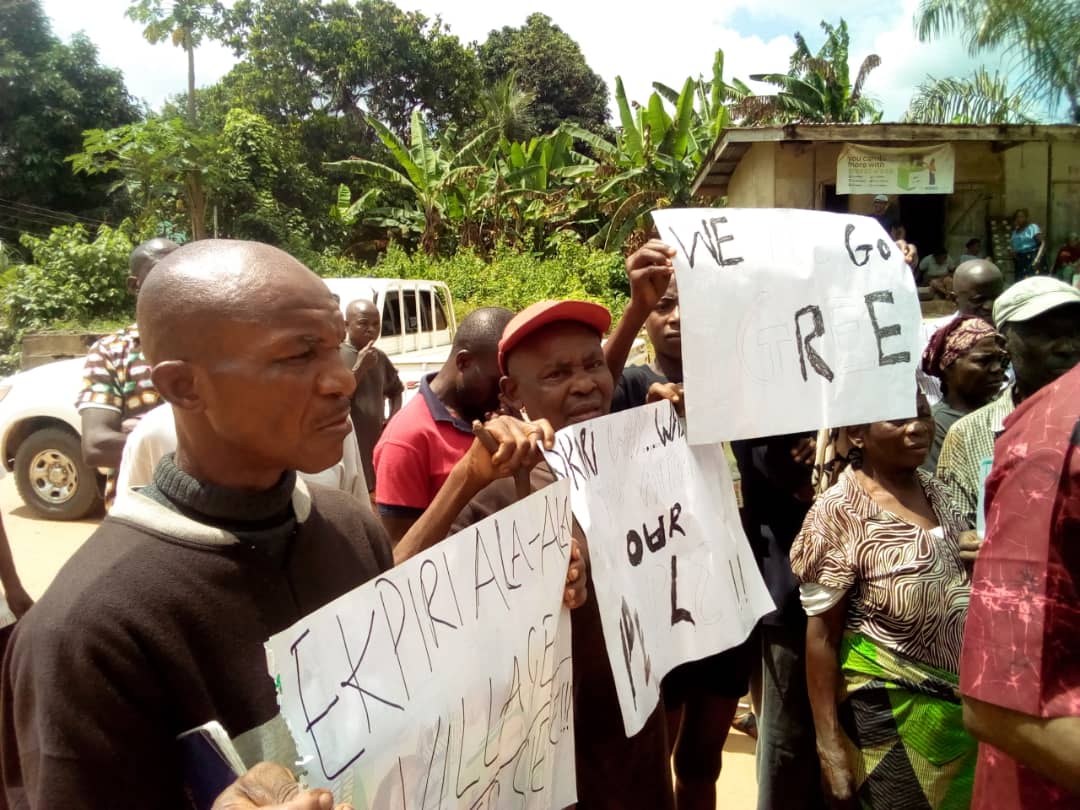 COMMUNAL CLASH: Ariam-Usaka communities cry out for Government intervention over killings of its citizens

by afrikanwatchngr@gmail.com
By Ifeoma Okafor, News/Comments, June 22, 2020. ABIA-The people of Ariam-Usaka Communities in Ikwauno Local government Area of Abia state have cried out over the incessant killing of its citizenry on a land dispute between them and Nkari community in Ini Local Government Area of Akwa-Abom State. The communities which shares boundaries with Akwa Ibom... Read More
Ogboru’s running mate, Abeh, Commissions APC Vanguard, Ukwuani Chapter Campaign Bill Board
Editorial: Racism and Slavery: The 1995 Nigger Hunting license, issues and prospects

By Ifeoma Okafor, News/Comments, June 22, 2020.
ABIA-The people of Ariam-Usaka Communities in Ikwauno Local government Area of Abia state have cried out over the incessant killing of its citizenry on a land dispute between them and Nkari community in Ini Local Government Area of Akwa-Abom State. The communities which shares boundaries with Akwa Ibom State has suffered setback and killings for some time now, over land dispute. However, a source who related to our correspondent, and who also pleaded anonymity said that, efforts made so far by people of Ariam-Usaka to stop the attacks on their communities have not yielded result due to the fact that their state Government have not shown enough interest/commitment to bring a lasting solution to the ugly incident; confirming that so far, four persons had been killed by the Nkari people and tension is still very high. The victims are, Iroegbulam Isaac, Boniface Ugwunna, Ihenacho Orioha, and Uwaechegi Ugorji. 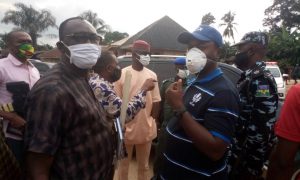 Our correspondent confirmed that the bodies of some of indigenes of Ariam-Usaka killed by Nkari people are yet to be recovered due to the tension in the disputed area. 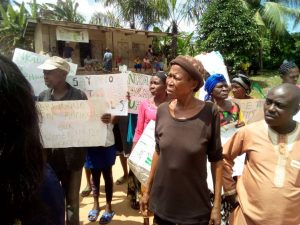 The protest last week thursday by the communities

This sparked a peaceful protest last week Thursday, 18/6/2020 in Usaka- Ukwu Community by indigines of Ariam-Usaka who turned out in large numbers,reminding the State government of her duty, to protect lives and properties. Meanwhile, in a swift reaction to the ugly incident, the Acting Governor of the State, Sir Ude Oko chukwu, last week Friday,19/6/2020 paid a visit to Usaka Ukwu community where the killings took place and assured them of Government’s readiness and commitment to end the feud. He also expressed deep worries over the killings, and further stated that action will be taken to curtail the sad incident and bring lasting solution to the crisis. “The Government is committed to protecting lives and properties”, he concluded. However, confirming the killings is the Police Public Relations Officer of Abia State command, SP. Georffrey Ogbonna, who noted that the Police is doing everything to resolve the crisis. 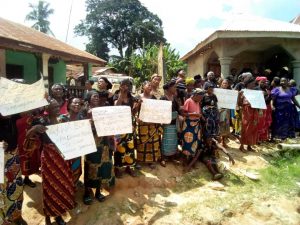 It could be recalled that FRCN had reported during the week that Ariam-Usaka, made up of 9 Autonomous communities were under siege following the boundary dispute between them and their neighboring communities in Akwa-Ibom State. Moreover, Radio Nigeria took a visit to the area to ascertain the level of destruction and what led to the crisis. Speaking at his palace, the traditional ruler of Obugwu Autonomous community in Ariam-Usaka, Eze Ambrose Nwagwu narrated how the people of Nkari in Akwa-Ibom state with whom they share boundary attacked their people over land issue. He further stated that if proactive measures are not taken by constituted authorities, they may resort to self defence. On his part, the Commissioner for Housing in the State, Hon. Theophilus Ugboajah, an Indegene of the area, wonder why such attacks could be undertaken by Nkari people,even when both governments are making efforts to resolve the crisis. The Commissioner stressed that, it is very disheartening, because they had a peace meeting at the Military Base along Ikot- Ekpene border between the two states on 30th May,2020 , where all the warring Communities from each State Local Government met. At the gathering, all parties were advised to maintain peace and allow the government resolve the dispute amicably.

On the other hand, some indigenes of Usaka-Ukwu community have accused their state government of not putting enough effort to resolve the boundary disputes which has been on for a long time now, stressing that, if urgent steps are not taken, they will resolve to self-help, as they have already lost four persons. They also used the opportunity to call for government’s attention to provide them with good road network and other basic social amenities, maintaining that they have been neglected for a long time now by successive governments.