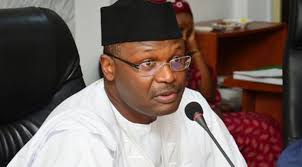 by afrikanwatchngr@gmail.com
“INEC Expresses its displeasure with the role played by some soldiers and armed gangs in Rivers State, disrupting the collation process and attempting to subvert the will of the people. We are committed to expeditious completion of the collation process where results of the elections have been announced” –March 16, 2019, news/comments ABUJA: The Independent... Read More
Breaking :Afrikanwatch shortlists 44 names as first batch for media digital training of Orogun youths

“INEC Expresses its displeasure with the role played by some soldiers and armed gangs in Rivers State, disrupting the collation process and attempting to subvert the will of the people. We are committed to expeditious completion of the collation process where results of the elections have been announced”

ABUJA: The Independent National Electoral Commission, INEC, has cancelled the earlier announced supplementary elections in Bauchi state, stressing also that the commission has also ordered the reopening and, conclude the announcement of the result of the Tafawa Balewa Local Government of Bauchi State in relation to the Governorship election.

INEC also scolded the Nigerian Army over their alleged partisan roles played by some of its soldiers in the disruption of the electoral processes in Rivera state, and  expressed serious concern in Nigeria’s democracy, but noted that the commission would not be cowed not to complete the election process in Rivers state. “We are determined and focused to ensure the completion of the process soon”

Meanwhile, in a two separate statements issued last night on Friday in Abuja, signed by Mr. Festus Okoye, the National Commissioner of INEC, announced the change of the Collation Officer for Tafawa Balewa Local Government, due to the alleged complain to threats to her life.

The statement reads; “On the 12 day of March 2019 the Independent National Electoral Commission (INEC) considered a report submitted by the Resident Electoral Commissioner for Bauchi State on the disruption of the Collation process at the Tafawa Balewa Collation Centre which led to the cancelation of results for the entire Local Government. The Commission found that there are issues that need further investigation and set up a Committee for that purpose: The findings of the Committee are as follows: The Governorship and State Assembly Elections were held on the 9th March 2019 in Tafawa Balewa Local Government Area and the votes scored by candidates were announced at the Polling Units and collated at the 11 Registration Areas of the Local Government. Halfway into the Local Government collation, armed gangs attacked the collation centre and destroyed the Local Government Result Sheet (EC8C) and some collated results from the Registration Areas.”

“The results of 7 out of 11 Registration Areas for Governorship and 6 out of 11 for State Assembly elections were affected. INEC guidelines provide that where violent disruption affects collation in this manner, results should be regenerated from duplicate copies on a replacement result sheet. The Collation Officer, under pressure from Party Agents who could not wait for the arrival of a replacement result sheet, decided to collate the result on an available RA result sheet instead of the replacement LGA result sheet. When the result was presented at the State Governorship Collation Centre, the Returning Officer rejected the regenerated result because it was on a wrong result sheet. The Investigation Committee established that the result in Polling Units and Registration Areas are available and in safe custody. The Investigation Committee also established that the number of cancelled votes for the 4 Polling Units in Ningi Local Government Area which was recorded as 25,330 in form EC40G (1) was incorrect. The actual figure is 2,533. Consequently, the Commission has taken the following decisions: Approved the resumption and conclusion of the collation of results of Tafawa Balewa Local Government Area in relation to the Governorship election as the duplicate and original Registration Area results are available. Approved the resumption, conclusion and announcement of the result of the Tafawa Balewa State Constituency”

Now, with the new appointment of a Collation/Returning Officer for Tafawa Balewa Local, the collation will now start March 19, 2019 according to INEC. The Commission however ordered that the error in the total number of cancelled votes in four polling units in Ningi Local Government Area should be corrected from 25,330 to 2,533. “INEC appeals to all stakeholders for continuous support and understanding”.

In  Rivers state, INEC hinted; “On the 10th of March 2019, the Commission suspended all electoral processes in Rivers State having determined that there was widespread disruption of collation of results of the elections conducted on the 9th day of March 2019. Subsequently, the Commission set up a Fact-Finding Committee to assess the situation and report back within 48 hours. “The Commission met on the 15th day of March 2019 and considered the report of the Committee and established the following: That the Governorship and State Assembly elections took place in most of the polling units and results were announced. That the results from 17 Local Governments out of 23 are available and are in the Commission’s custody. That the Declaration and Returns for 21 State Constituencies out of 32 were made prior to the suspension. That collation centres were invaded by some soldiers and armed gangs resulting in the intimidation and unlawful arrest of election officials thereby disrupting the collation process. “Consequent upon the foregoing, the Commission: Expresses its displeasure with the role played by some soldiers and armed gangs in Rivers State disrupting the collation process and attempting to subvert the will of the people. Is committed to expeditious completion of the collation process where results of the elections have been announced. Will engage the security agencies at national level and the Inter-Agency Consultative Committee at the State level to demand neutrality and professionalism of security personnel in order to secure a peaceful environment for the completion of the elections. Will also engage with key stakeholders in Rivers State with a view to ensuring a smooth and peaceful completion of the process. Will issue detailed timelines and activities for the completion of the election on Wednesday March 20th, 2019”.