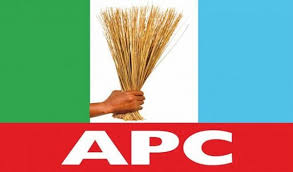 DELTA 2023: I’ll support whoever emerges as governor whether PDP or APC-Prof. Eghagha, says, Urhobos are not betrayers

ASABA-The All Progressive Congress (APC), Delta State has pulled out of the ongoing Local government election in the state today, alleging violence, intimidation, non-availability of election materials and results. They also accused the ruling party in the state, People Democratic Party and state governor, Senator Dr. Ifeanyi Okowa of desperation to take over the 25 LGAs by selecting all PDP Chairmen candidates and Councillors without the ballot-describing it as unfortunate. The APC in a press statement through its Publicity Secretary (Caretaker) , Sylvester Imonina Esq,  released to Afrikanwatch Network few minutes ago says that the party cannot participate any longer in an election where results have already been written, stressing that internal democracy like local government is the most important as it brings government closer to the grassroots. The state reads:

All Progressives Congress (APC) Delta State, told Deltans some days ago that there were evil machinations to deprive Deltans of their rights to choose who to lead them at the local government level. True to the concerns raised by our Party days ago, DSIEC, PDP and Govr. Okowa have done the evil they know how to do best. Yesterday, 5th of March, 2021 at Commission’s headquarters in Asaba, Delta APC Representatives were not allowed to take statistics of the materials that Dsiec intended transporting to the different LGAs in the State. This is despite the insistence of the Party’s Representatives that it is the right of political parties to inspect and confirm what material is meant for “what and where”.Meanwhile, as at 11am today, materials that were purportedly transported to DSIEC offices at the LGAs and some Police Stations were yet to be distributed. In Burutu and Patani Local Government Areas, election materials were not taken to anywhere near the Local Government Areas! In LGAs where materials were purportedly taken, there were/are no results’ sheets. This to our mind is evil. There cannot be Elections without results sheets!

In Ethiope East, unconfirmed report says that materials were purportedly taken there. However, there are also no results’ sheets. In few places in Asaba and the home town of the Governor where what looks like “elections materials” were taken to, there were no election results’ sheets too.

Undiluted information reaching Delta APC is that DSIEC in connivance with PDP and the Governor have directed that apart from selected places where there shall be stage-managed elections, and some unscrupulous journalists made to dish out falsehood that there was peaceful election, it was their plans that there should be no release of election materials to any Ward. APC members and Deltans who believe in democratic tenets have being in the different Dsiec offices and Police Stations where election materials are supposedly kept but nothing is happening in those places. In other words, results are being written in undisclosed homes and offices with the connivance of security men.

Some APC members and Leaders who peacefully protested the anti-democratic vices going on in the different Dsiec offices and Police Stations are being intimidated, harassed and humiliated. In particular, at the Police Station in Ozoro, Isoko North Local Government Area, on the instigation of PDP leaders in Isoko North, some APC Stalwarts were arrested and still being kept in police Cell by the overzealous Divisional Police Officer and men under his control. In view of the above, Delta APC hereby boycott the charade called “Delta State Local Government Council elections”. Though, the decision of Delta APC might be painful in view of the huge resources already committed by the Party and our Candidates to the project of making Delta State a better place.

Meanwhile, the Party urges all members to be peaceful and legal in bringing to the attention of Deltans and Nigerians the sacrilegious acts (murdering of democracy) of DSIEC, PDP and Govr. Okowa”

Decoration of New Service Chiefs: You have a short time to perform-Pres. Buhari
Previous Post
Just-in: Delta Poll: Why we pulled out at the last minute-Delta APC, says, it was a charade election