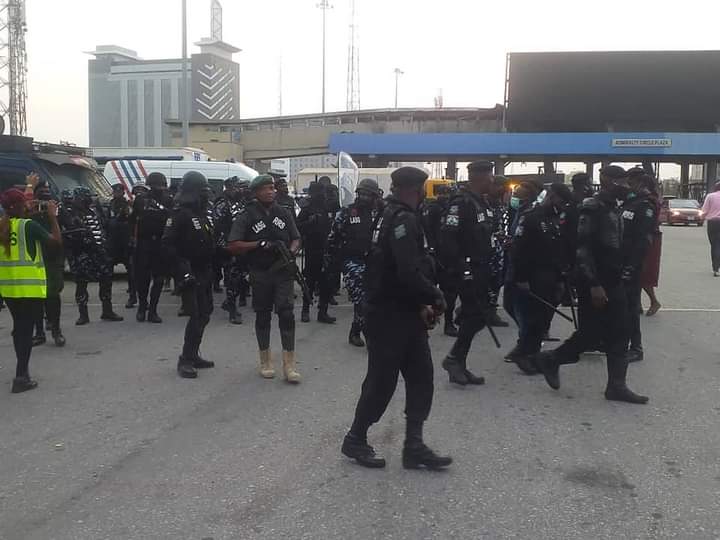 by afrikanwatchngr@gmail.com
“Lekki toll gate should be made a museum of resistance and not a monument for money-making” By Mark C. Orgu, News/Comments, February 13, 2021 LAGOS-Whether Nigerian government is at war with her citizens or her citizens are at war with the Nigerian government is what a former Commissioner of Information, Rivers State, Dr. Austin Tam-George... Read More

LAGOS-Whether Nigerian government is at war with her citizens or her citizens are at war with the Nigerian government is what a former Commissioner of Information, Rivers State, Dr. Austin Tam-George and a Senior Advocate of Nigeria, (SAN), Chief (Dr) Mike Ozekhome want to know, having reacted to the arrest of peaceful protesters today at Lekki toll gate in Lagos State, a Western part of Nigeria. 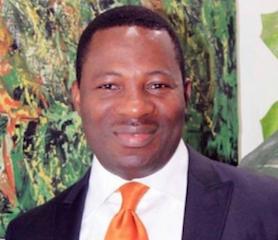 The duo wonder why Police keep clamping down on innocent citizens who disagree with Government’s decision, stressing they do not know the kind of a country President Muhammadu Buhari’s administration wants to leave behind, therefore demands the urgent release of those arrested. Dr. Tam George on his press statement released to Afrikanwatch Nework earlier this evening, titled:  “Arrest of Peaceful Protesters at the Lekki Toll Gate” wants the Inspector-General of Police , Adamu, to order the quick release of the protesters.  “The arrest of peaceful protesters is wrong, illegal and dangerous for the future of the country.  Citizens must be free to assemble and peacefully protest against any public policy or government actions with which they disagree. To deny citizens this important right to protest is to reduce them to slaves. We cannot build a nation by locking up and clamping down on those citizens who have a different point of view. I call upon the Inspector-General of Police to direct the immediate and unconditional release of peaceful protesters in unlawful police custody” 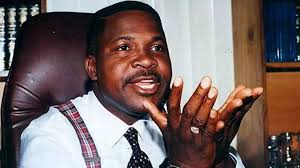 On his part, Ozekhome, advised the Federal government to stop using force against innocent Nigerians, who in the 1999 Constitution guarantee the freedom of a peaceful assembly and movement. The legal luminary demanded for the quick release of all protesters. “It is patently illegal and totally unconstitutional to detain Debo Makaroni . At least the Nigerian Constitution has not been abrogated by this dictatorial government of impunity. Sections 40 and 41 of the said Constitution gives Debo and others the right to a peaceful assembly and association and the right to freedom of movement. Even under military dictatorship, as one of the founding fathers of the CLO (the first Indigenous Human Rights Organization in Nigeria founded on 15th October, 1987). I was allowed to demonstrate and protest on the streets by successive military juntas. Debo and the other protesters have done no wrong to protest. It has not been shown that it was violent. Is the Federal government truly saying Nigerians should no longer protest? Then, the FG should dissolve the people and select or elect another one of its choice” he concluded.

Also reacting is Senator Dino Melaye, who stated that, he organized a protest in 2015 and President Muhammadu Buhari was among the protesters. “I organized then, in 2015, Buhari and Co. physically participated. Now, same Buhari is stopping protest. Those who make peaceful protest impossible make violent protest inevitable. Think”

The Fear of a dying Nation

The question before us, is, why is Lagos state in haste to reopen the Toll gate, why can’t they exercise patience until the Judiciary Panel of Inquiry finish their job, is the loss of lives at the toll gate more important to monetary values?, what  is the motivation of reopening toll gate for now. Haba, can’t we do things rightly in this country for once. Truly, Nigeria seems like dying nation.

We read in the Premium times recently that  the Judicial Panel of Inquiry set up by the Lagos State government to investigate the October 20,  2020 Lekki shooting incident was authorized to  start operation of the toll gate, thereby returning the running  of the tollgate to  the company in charge, Lekki Concession last weekend. This prompted the protest by Activists of the Endsars, demanding for the panelist to first give their colleagues alleged to have been killed by the Nigerian Army during the October protest justice, which is normal in any true democratic society.

Aljazeera had reported today, quoting Amnesty International on the killings of Innocent protesters last years: “Rights group Amnesty International and witnesses said soldiers opened fire on protesters on October 20, killing at least 12 people at a toll gate in the city’s affluent Lekki district and another area. The military has denied shooting live rounds and police have denied involvement. There was a heavy presence of armed police officers on Saturday at the toll gate, where a group of about 15 protesters gathered despite calls by the government this week to scrap the demonstration, witnesses said. At least six of the protesters were beaten with truncheons and arrested before being driven away in police vans. They are already manhandling us, but we’re not going to be deterred. We’re not going to step down,” said one man, who did not provide his name and spoke to the Reuters news agency as he was being arrested”

Meanwhile report had it that Police bundled about 13 protesters into a black truck at the toll gate where security forces had deployed since Friday evening” On its part,  AFP news  quoted  Damilare Adebola, one of the protesters arrested saying from the Police Van,. “Lekki toll gate should be made a museum of resistance and not a monument for money-making,”

It is better said, that Nigeria is at the edge of knives and only a diligent approach can survive its existence. Let Lagos state think again, let Federal government rethink their approach to conflict resolution and management. Let the toll gate remain without operation till the Judicial Panel of enquiry finish their findings.