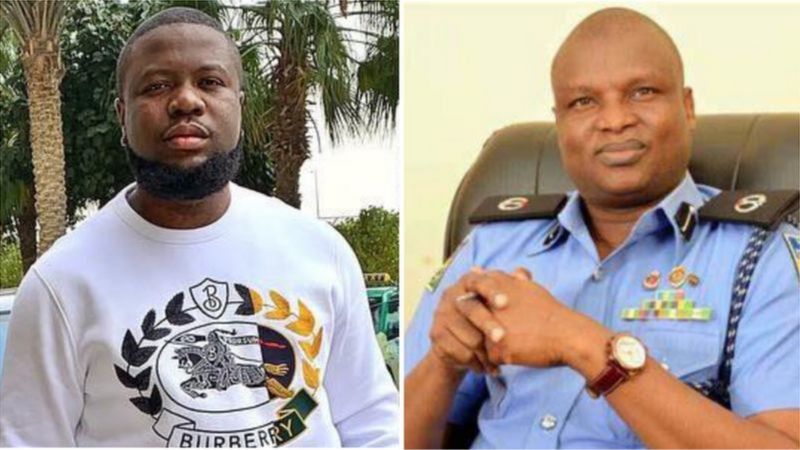 by afrikanwatchngr@gmail.com
By Daniel Njienue, News/Comments, August 2, 2021 LAGOS-As one of the most celebrated Investigative Nigerian Police officers, Abba Kyari faces the alleged involvement of cyber-crime with, Ramon Abbas, popularly known as Hushpuppi, who in his confessionary statement said that, he gave money to DCP Abba Kyari to arrest and jail “one of his rivals in... Read More

Afrikanwatch Board Congratulates Barr. Ndakara on his reappointment in Orogun Kingdom

LAGOS-As one of the most celebrated Investigative Nigerian Police officers, Abba Kyari faces the alleged involvement of cyber-crime with, Ramon Abbas, popularly known as Hushpuppi, who in his confessionary statement said that, he gave money to DCP Abba Kyari to arrest and jail “one of his rivals in Nigeria after a dispute over a $1.1 million scam on Qatari business, which the cop has denied. As investigations continue, the Inspector-General of Police, Usman Alkali Baba in line with the Police disciplinarian measure stripped off the officer of his legitimacy duty, pending final outcome of the ongoing investigation. In a statement released yesterday from the Police Service Commission, PSC, it noted that, it has become difficult to still accommodate the Abba Kyari based on the high profile allegations against him.

Meanwhile, a statement from the Force spokesman, DCP Frank Mba said that Kyari’s case is very sensitive and the force will carry out proper investigation, that the IGP’s letter to the Police Service Commission, dated 31st July, 2021 was in conformity towards the suspension of Kyari, as it is one of the internal disciplinary measures of the force. Also, PSC’s Spokesperson, on Sunday, Ikechukwu Ani, had said, that the IG’s suspension of Kyari was in order, which took effect from Saturday last week.

“Abba Kyari’s suspension took effect from Saturday, July 31st 2021 and would subsist pending the outcome of the investigation in respect of his indictment by the Federal Bureau of Investigation (FBI) of the United States. The commission has also directed the Inspector General of Police to furnish it with information on further development on the matter for necessary further action”. The Commission’s decision which was conveyed in a letter with reference, PSC/POL/D/153/vol/V/138 to the Inspector General of Police today, Sunday, August 1st, 2021, was signed by Hon. Justice Clara Bata Ogunbiyi, a retired Justice of the Supreme Court and Honourable Commissioner in the Commission for the Commission’s Chairman, Alhaji Musiliu Smith, a retired Inspector General of Police who is currently on leave.”

Meanwhile, in the heat of this,  a Northern group, Arewa Youth Consultative Forum, (AYCF), has demanded for a fair hearing, and wants media trial of the police officer to stop, warning that, a foreign investigative force cannot just come into a sovereign nation to arrest a serving police office for an allegation of, yet-to-be -proven-guilty. The statement which was signed by the group National President, Alhaji Yerima Shettima, advised the Nigerian Police Force and FBI to tread with caution, noting that nothing must happen to DCP Abba Kyari.   Shettima also dismissed what it described as an attempted intimidation of a police officer right inside his independent fatherland. The group rejected the purported plan to arrest DCP Kyari, describing the move by the Federal Bureau of Investigation, FBI, as “totally unacceptable, a slap on the sensibility of our compatriots and a ridicule on one of our finest crack detectives”

It reiterated however, how they will keep a tap on the happenings in the matter, stressing that there was no justification for singling out one of Nigeria’s most effective and efficient police officers for castigation. “All Nigerians who are truly patriotic to stand behind a man who has made an unrivalled mark on the sands of time by diligently serving his fatherland.”

Shettima therefore called on relevant stakeholders in the country, especially civil society organizations to rally round the Cop who risked his life in multiple operations across Nigeria. “We demand justice for a man with unrivalled records of detective capabilities in the recent history of Nigeria” he added.